Star Wars Battlefront DLC to Stay Away From 'The Force Awakens' 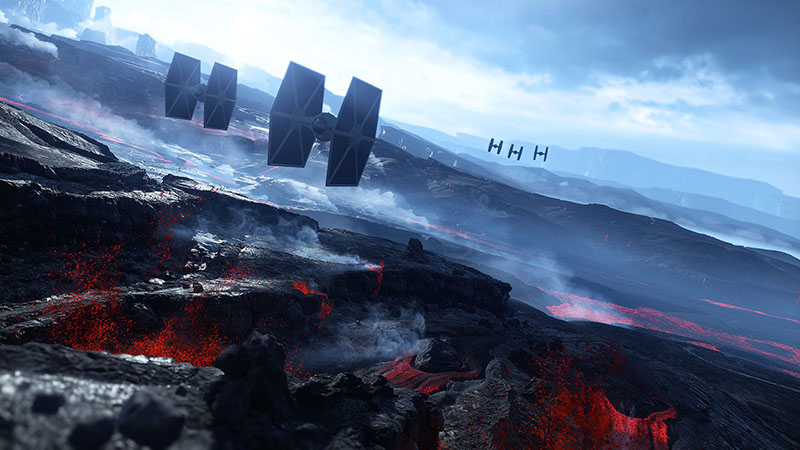 If you were hoping to step into the shoes of Finn or Rey in a video game galaxy far, far away, Electronic Arts' Star Wars Battlefront will leave you disappointed.

Fans of the new chapter in Disney's space opera franchise - Star Wars: The Force Awakens - were greeted with a rude awakening when they got in touch with the video game publisher over on Twitter, who responded to say developers would instead be entirely focused on the original trilogy - from 1977's Episode IV: A New Hope to 1983's Episode VI: Return of the Jedi - for this version of Battlefront.

@ninjachris404 Our team is focusing on the original trilogy for this release of Star Wars Battlefront.

The closest the game has come to the new universe was the launch of the first DLC - Battle of Jakku - earlier this month. But the events inside the new content took place 29 years before we meet our heroes of The Force Awakens on that very desert planet, so all it gave really was the setting itself.

It seems odd that EA would choose not to cash in on the massive popularity of The Force Awakens, a movie that has been breaking records left, right, and centre since release. Sure, there may be a second EA Dice-developed Star Wars game in the planning already, but this could potentially turn away prospective buyers looking to get their hands on the new characters.

If you've already bought the game and a season pass, you can look forward to four "expansion packs" of downloadable content (DLC) over the course of 2016, which will include as much as 16 additional multiplayer maps and four more heroes and villains you can play as or face.

Star Wars Battlefront released in November this year for Microsoft Windows, PlayStation 4, and Xbox One.