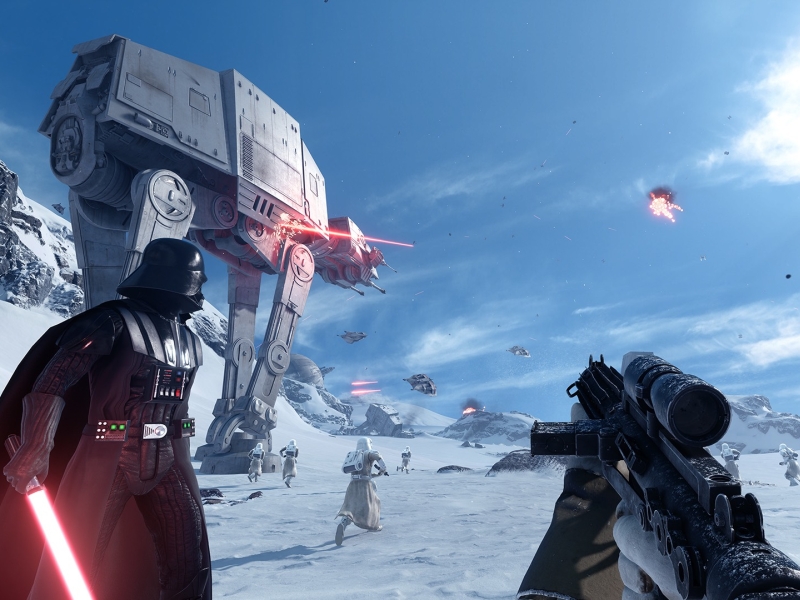 In a move that should surprise no one, EA has stated that Star Wars Battlefront 2 will be available around this time next year.

During an investor call EA’s Chief Financial Officer Blake Jorgensen was asked by an analyst about the release date of the next Battlefront game to which he confirmed a sequel will be out “a year from now.”

"We’re working very hard on making sure that is an extremely deep and engaging offering," Jorgensen claimed.

(Also see: Here's Why Star Wars Battlefront Does Not Have a Single-Player Campaign)

Earlier when EA announced Star Wars Battlefront 2 around six months ago, it said a sequel could be expected between April and December. Jorgensen’s comments suggest that it would be out in November - ostensibly just ahead of the movie as was the case with Star Wars Battlefront.

In a previous call Jorgensen said it would have “bigger and better worlds.” While he said it would use content from “the new movies” he didn’t name any specifically.

We’re hoping that EA adds a single-player campaign this time around. It was sorely lacking from the 2015’s release - which was a multiplayer-only affair. Despite an astounding degree of polish with great visuals and fantastic sound design, it wasn’t a justifiable purchase, more so with copious amounts of paid downloadable content attached to it.

Hopefully EA takes a leaf out of Titanfall 2’s book and make all the DLC free, although that seems unlikely.

Uber Rolls Out Its Biggest Redesign Yet, Introduces 'Shortcuts'