Spider-Man Collector's and Special Edition Up for Pre-Order in India: Price, Release Date, and More

While pre-orders for both versions of the game have been up for quite some time internationally, this has not been the case in India. The delay, much like God of War, is due to Sony India being unclear of the exact quantity it plans to bring in to the country. Even now, most retailers don't have a confirmation on the quantities they're getting of the game. What this means is, if God of War was any indication, you can expect stock of the Spider-Man Collector's Edition and Special Edition to be sparse.

Here's what you need to know about the Spider-Man Collector's Edition and Special Edition.

The Spider-Man Collector's Edition price is Rs. 9,999. It's more expensive than the God of War Collector's Edition that retailed for Rs. 9,490. This may have to do with the statue on offer which could be of a superior build quality compared to past collector's editions. The statue hasn't been revealed yet due to possible spoilers. That hasn't stopped it from being sold out internationally though. It comes with the following: 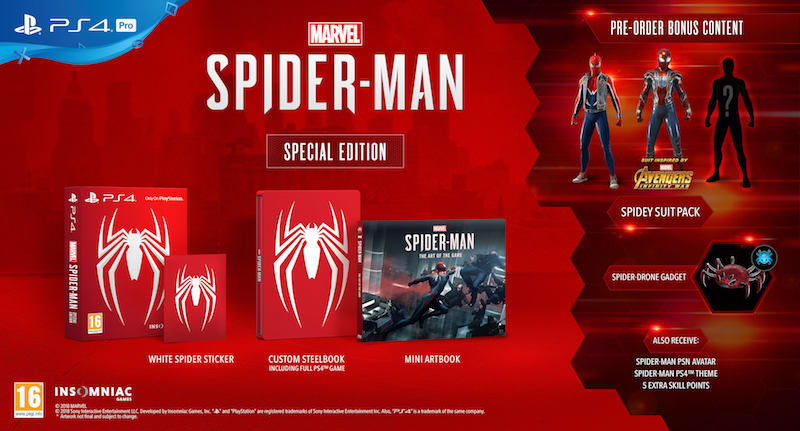 Both these editions should be available in India from Spider-Man's release date of September 7. However, in the past, these bigger variants from Sony have faced delays of up to a week. Most notably with God of War limited editions for PS4 as well as Infamous 2 and Killzone 3 for the PS3 back in the day which sported a statue and a full-sized helmet respectively. Hopefully Sony India ensures all versions of the game are out on September 7 though we wouldn't hold our breath for that. Gadgets 360 has reached out to Sony India for comment and will update this story if we hear from the company.

At the time of filing this story, Sony India has not replied to our request for comment regarding availability of these bundles for India. That being said, we won't be surprised to see at least the Limited Edition Spider-Man PS4 Pro make it here with the former sporting a price not too dissimilar to the God of War special edition PS4 Pro console which retailed for Rs. 48,490.

Spider-Man Collector's and Special Edition Up for Pre-Order in India: Price, Release Date, and More
Comment