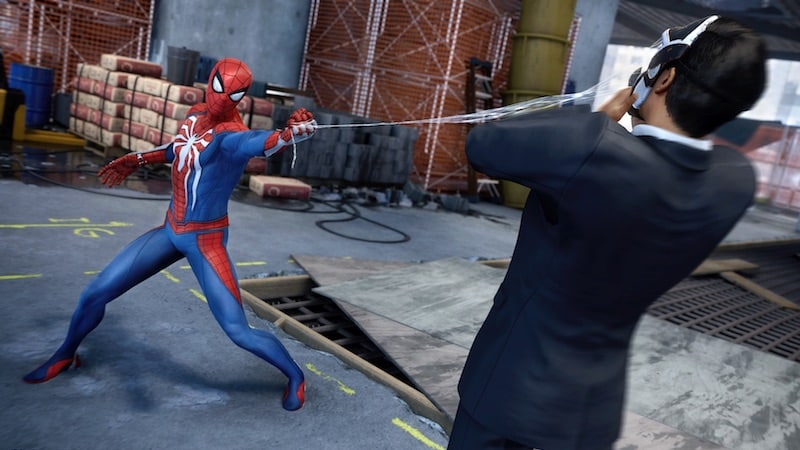 At Sony’s E3 2017 event, Insomniac Games’ Spider-Man trailer showed the superhero being at his witty and spidey best. The trailer starts with Spider-Man helping William Fisk in return for information. Some goons are seen controlling Fisk’s area, and the superhero dispatches them with ease.

Spider-Man then asks Fisk who is controlling demons, and Fisk says just look up to find out. When Spider-Man heads upstairs to the roof, he encounters one more demon. Regular goons are easy to get rid of, but these demons are much harder to take down and Spider-Man has to work quite a bit to take this one down. Then he finally sees the person controlling the demons. An important plot point here is that the same person who unleashes these demons across New York is known to be involved with lots of charities.

We noticed that the combat in this Spider-Man game is similar to that in the Arkham series. There are a lot of quick-time events and stealth is rewarded during combat. From the gameplay trailer, we saw a seamless transition from a warehouse to the open world. There was also an insane amount of destruction across New York as Spider-Man chased the villain, who was trying to escape in a helicopter.

Spider-Man manages to attach a massive container to the helicopter using his webs, and that makes the helicopter a kind of a wrecking ball as it flies across the city. This leads to total chaos. In trying to stop this helicopter, Spider-Man ends up having to contain a large crane that threatens to fall on buildings. Once he succeeds, he tries to track down the villain and when he makes it to the helicopter, we hear one of Spider-Man’s signature witty dialogues.

All of this makes Spider-Man appear to be a perfect fit in the able hands of Insomniac what with smart use of humour to make the game’s hero true to his comic book roots. There’s no exact release date save for a cryptic “2018” at the end of the trailer, but that doesn’t make us any less enthused for this PS4 exclusive.