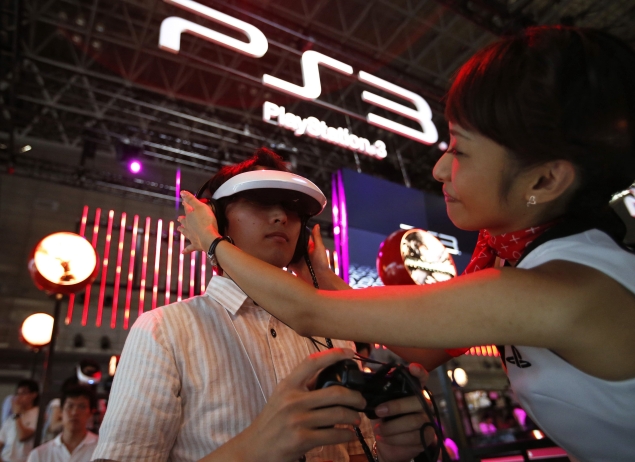 The number of PS3 units shipped by Sony hit an estimated 77 million units, topping Xbox 360 shipments by approximately a million despite the fact that Microsoft released its latest-generation console a year before Sony did.

The report by IDC gaming research manager Lewis Ward projected that shipments of Nintendo's recently-launched Wii U videogame consoles would top 50 million by the end of the year 2016.

Ward contended that consoles will retain their strongholds in homes while also expanding to include streaming movies, television shows and other digital entertainment.

"The console ecosystem is in a state of flux since these platforms need to support an ever-growing array of non-gaming features and services at the same time that game distribution and monetization is moving in a digital direction," Ward said.

"It doesn't appear that alternative platforms set-top boxes from cable companies, Web-connected smart TVs, and so on are positioned to materially disrupt the trajectory of the 'big 3' console OEMs in 2013 or 2014."

He believed that packaged videogame discs will remain the console game revenue mainstay for years to come despite a gradual shift by players to downloading game software online in digital formats.

Videogame industry sales should be bolstered by the arrival of next-generation videogame consoles from Sony and Microsoft, according to Ward.

"With the advent of eighth-generation consoles, starting with the Wii U, historical norms strongly imply that game disk revenue will stop bleeding in 2013 and rise substantively in 2014," he said in the report.