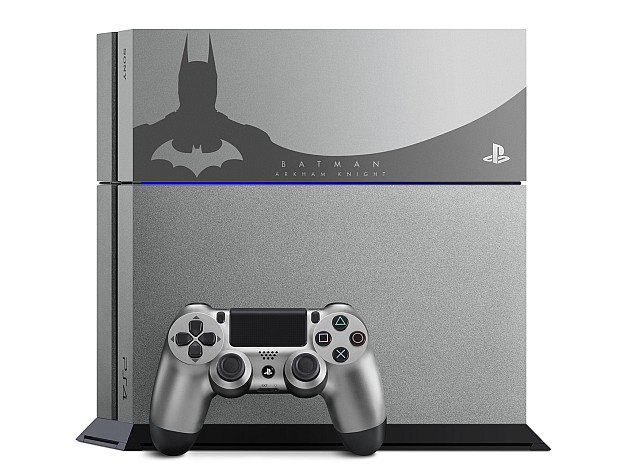 After reaching 20.2 million sales figure for its PlayStation 4 console last month, Sony on Tuesday took the wraps off its Batman: Arkham Knight PS4 Bundles ahead of the game's launch on June 23.

Two bundles have been announced, the Limited Edition with custom artwork and special colour, and the Standard Edition which just bundles the game alongside. Pre-orders for the bundles opened in some regions on Tuesday.

VP of Platforms Marketing, SCEA, John Koller also announced on the company blog post, also announced the digital pre-order for Batman: Arkham Knight has gone live on the PlayStation Store. Koller added that owners of the game on PS4 will get access to bonus content ahead of other platforms, including additional in-game missions and custom skins for Batman and the Batmobile.

Sony last week released a major system software update for the PlayStation 4 console codenamed 'Yukimura'. The PS4 System Software 2.50 update sports a colossal list of upgrades. These include backing up your game data to an external hard drive, and the much-awaited suspend/ resume feature which lets you continue your game instantaneously, similar to the Xbox One.