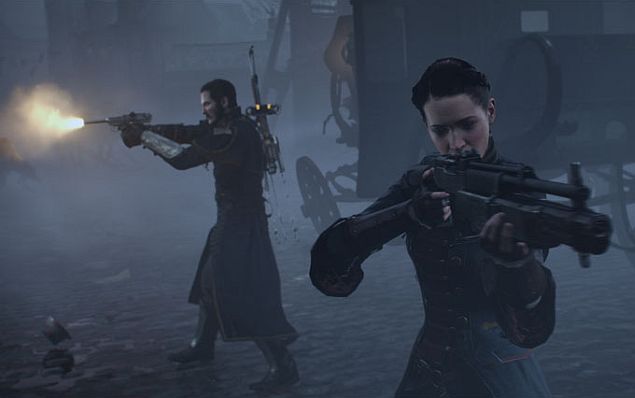 Sony, at its pre- E3 2014 media briefing, announced the new launch date of The Order: 1886, its new Collector's Edition and the Dead Island 2 video game. The firm also gave additional information on titles like Grim Fandango, The Last of Us: Remastered, Diablo III and Bloodborne.

While The Order: 1886 gets a fresh new release date of February 20, 2015, its three new Collector's Editions for European and North American region come with different goodies. IGN reports the European Collector's Edition of The Order: 1886 to arrive in a special black case including a 'blackwater' vial pendant replica, exclusive digital content (including weapons that can be used in single player campaign and alternate outfits for the character Galahad), concept arts postcards, official soundtrack, and behind-the-scenes footage of the making.

The North American region customers would have a choice of two collector's editions of The Order: 1886 to choose from. The first Collector's Edition, which is priced at $79.99, includes a 7-inch 'Galahad Under Fire' statue, stickers, Knight's Arsenal DLC, steelbook, soundtrack and behind-the-scenes footage. However, the premium The Order: 1886 Collector's Edition comes with a 13-inch 'The Endless Duel' statue, artbook, steelbook, 'blackwater' vial pendant, stickers, Knight's Arsenal DLC, collector's box, soundtrack and behind-the-scenes footage. The premium Collector's Edition costs $149.99.

The Dead Island 2 game title by Deep Silver was also revealed at the E3 2014 event via a trailer. The game is said to hit the shelves in Spring 2014 on Xbox One, PS4 and PC systems. It has been also noted that the PS4 version of the game would have a 30-day beta version.

The Dead Island 2 is created on the Unreal Engine 4 and can support up to eight players at a time. Additionally each character is said to sport a different style of play and can be crafted according to the gamer by tweaking the skills.

"Developed in Unreal Engine 4, Dead Island 2 brings back its acclaimed, seamless multiplayer for up to eight players who cooperate, compete or simply coexist in a truly social, new-gen multiplayer experience. Dedicated classes offer a variety of gameplay: From the action-oriented berserker to the stealthy hunter, every character offers a different style of play. An in-depth skill system allows the player to handcraft their own heroes and weapons," said Deep Silver as per IGN.

The classic adventure game, Grim Fandango, has also been remastered by Double Fine productions. The remastered version would be coming to Sony PlayStation 4 and PS Vita portable console.

Another popular title that has been reworked upon is The Last of Us: Remastered, which will release on July 29 on PS4 console. The original title was launched an year ago in June 2013 on PS3 console. It also has been understood that The Last of Us villains would also be coming to Diablo III: Ultimate Evil edition on PS4.

At the E3 2014 Sony also announced the IP created by From Software (the developers of the revered Demon's Souls and Dark Souls franchises) dubbed Bloodborne. The dark and macabre video game will be available next year, and Sony's video description of the trailer (seen below) reads, "Face your fears as you search for answers in the ancient city of Yharnam, now cursed with a strange endemic illness spreading through the streets like wildfire. Danger, death and madness lurk around every corner of this dark and horrific world, and you must discover its darkest secrets in order to survive."

Sony also announced the new instalments of the popular video-game franchises "Uncharted" and "LittleBigPlanet" to the PlayStation 4 as it celebrated the 6-month-old game console's marketplace triumph at the E3 2014 event.