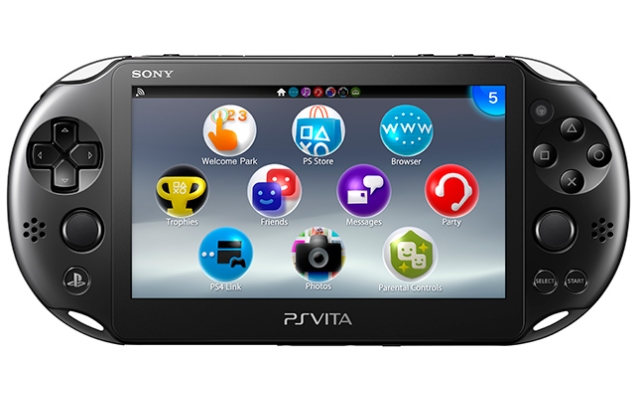 Sony's latest slim and light PlayStation Vita is reportedly set to launch in India this month. The company had launched the portable gaming console in May, as part of the Borderlands 2 Limited Edition bundle priced at $199.99 (approximately Rs. 12,000) in the US.

As reported by Indianvideogamer, the slim PlayStation Vita (PCH-2000) will carry the same price as of the previous generation PlayStation Vita in India, at Rs. 16,990 and will be available from mid-August.

The new model of the PlayStation Vita is approximately 20 percent slimmer and approximately 15 percent lighter than the original PlayStation Vita. Unlike the previous model, Sony has put in 1GB of built-in storage to the new version of the gaming device. The device sports a Micro-USB connector and offers extended battery life. The new Vita also sports a new HD LCD display, different from the original Vita's OLED display and Sony claims that it would offer a one hour increase in battery life.

Sony had first unveiled the slim model of PlayStation Vita along with the sub-$100 Vita TV, in September last year.

The Sony PlayStation Vita TV is a tiny box that sports similar dimensions to the PlayStation Vita, but is used by connecting to a television. Games can be played through PlayStation 3's Dual Shock 3 controller, which is not included with the console's basic retail pack though.

Soon, Urine May Charge Your Smartphones and Tablets
Bing Made 'Only Search Provider' for Windows Phone 8.1 GDR1 in Some Regions