Sony back in stride at E3 videogame extravaganza 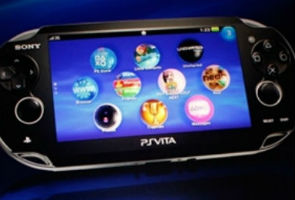 Crowds thronged Sony booths each day of an Electronic Entertainment Expo (E3) extravaganza as the Japanese firm put its back to an embarrassing hack of its online network for games, films and music.

"It's been a great E3 for us," Sony spokeswoman Julie Webber said as videogame industry insiders tried upcoming titles and the PlayStation Vita gaming handset.

"There has been a lot of buzz," she continued. "We're 100 percent committed to consumer satisfaction and safety with PlayStation Network, but this is our chance to really show all the new content and hardware we have coming out."

Sony introduced "PS Vita" and blockbuster 3D console titles at E3 as it sought to shake off the stigma of cyberattacks on its system.

PSN was shut down after hackers broke in and looted user data. Sony brought the system back online gradually the week before E3 after hardening its defenses.

"Despite all the craziness, it was a very proud moment, in a way, to be working there because there was so much resilient focus on how to make this right and bring back the best entertainment experience," PSN senior director Susan Panico said in an interview.

"A lot of people in the company hunkered down for days working on a 24-seven basis to resolve this," she continued. "I was proud of the way people pulled together."

Content is king when it comes to entertainment, and Sony believes its troves of movies, music and videogames put it in a position to keep and win fans of its devices and services.

"We have movie studios, record labels, games and consumer electronics technology," she said. "We see PSN as a backbone of entertainment that ultimately transcends Sony devices."

PSN boasts about 77 million registered accounts, with nearly half of those belonging to people in North America.

Panico saw current trends in playing games on smartphones or tablet computers as complementing videogame consoles which offer more cinematic and sophisticated experiences and link to the Internet "cloud."

"Certainly every form of entertainment competes for people's time," Panico acknowledged. "What's great about smartphones or tablets is they are gateways into gaming when people want more immersive, deeper experiences."

A "holy grail" for the videogame industry is to have content converge in the "cloud" where it can be accessed through arrays of Internet-linked devices, according to Panico.

"For the foreseeable future there is a place in the living room for consoles like the PlayStation," she said. "You're not going to download one of these games on the infrastructure in the United States, that's for sure."

In a bid to make 3D more ubiquitous, Sony will release a 24-inch (61-centimeter) display for the format bundled with special glasses, an HDMI cable and a copy of the coming "Resistance 3" videogame at a package price of $500.

Sony is certain that console videogame lovers want to be more immersed than ever in big, bold on-screen adventures.

The gamemaker is backing its belief with blockbuster 3D titles, motion-based controls and a Sharp Shooter faux assault rifle which players can use to pick off in-game enemies.

Sony expanded the appeal of its Move motion-sensing PS3 controls with an array of sophisticated titles, including basketball, shooters and a coming version of "Bioshock" tailored for the devices.

PS Vita is due to launch in Japan, Europe and the United States by the end of the year.

The portable system features a five-inch (12.7 cm) multi-touch OLED screen with a touch control pad on the back for "touch, grab, trace, push and pull" finger motions. The handset also has front and rear facing cameras, along with a pair of console-like toggles for playing fighter, shooter and action games.

Sony Computer Entertainment chief Kazuo Hirai acknowledged that Vita is launching at a time when smartphones are becoming increasingly popular gaming gadgets but was confident the new-generation portable would win over players.
Comments

Nintendo's task: The Wii, again, more, better
HP's TouchPad going on sale in US on July 1