Shadow of the Colossus PS4 Has an Early Release Date Internationally

Shadow of the Colossus for the PS4 is now available in select countries the world over - almost three days before the game’s official release date of February 6 in the US and February 7 in Europe and India. This PS4 remake of the PS2 classic found its way to store shelves of retailers and subsequently consumers in places like the US, Germany, and the UK according to several pictures posted on Instagram.

This isn’t the first time Sony’s games have been subject to a street date break. In the past, high profile exclusives such as Uncharted 4, No Man’s Sky, and Ratchet and Clank could be purchased well ahead of their release dates, at times almost two weeks before their official release.

If you were expecting India to get copies early, this doesn’t seem too likely. Reason being, much like Ico and The Last Guardian, Shadow of the Colossus has niche appeal in the country. Throw in the fact that it's out in a few days gives even the most enterprising retailers little time to arrange for stock, they rather focus their efforts on getting games that are more popular, as we see with the likes of FIFA every year. 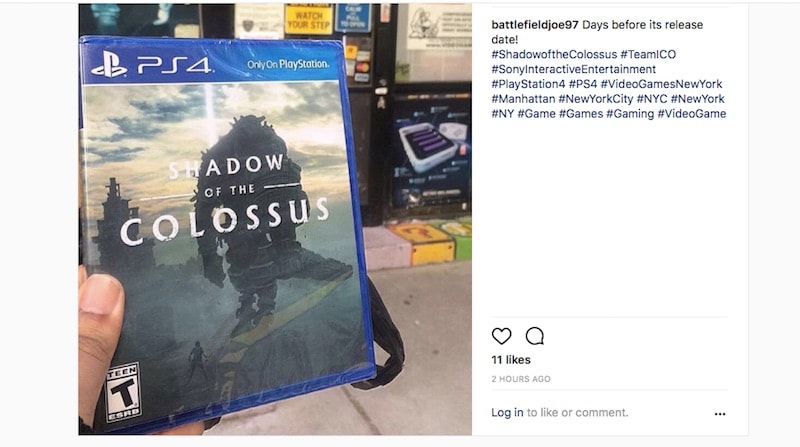 Furthermore, if you’re looking for a copy of Shadow of the Colossus in India, it should hit stores on release day. Unless of course Sony pulls another logistical snafu as we saw with Horizon Zero Dawn which was delayed by nine days.