Rage 2 Reveal Date Confirmed for May 14 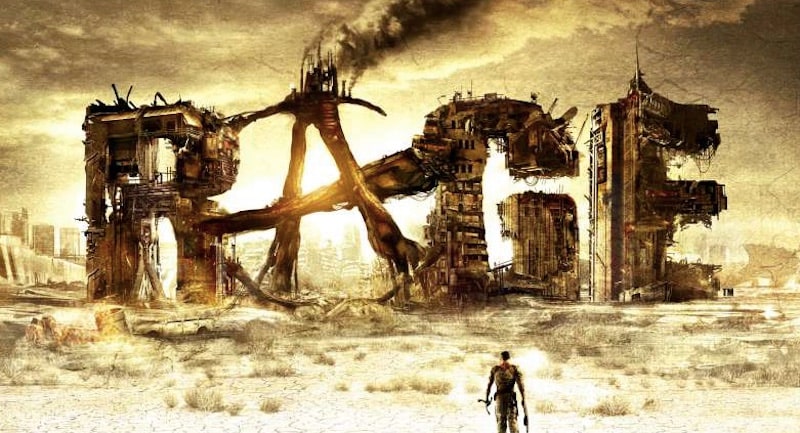 Rage 2 is real. First listed on Walmart Canada, the game will be officially revealed on May 14. Publisher Bethesda confirmed this in a tease that hinted at the date of the announcement. The tweet included colours used by the official Rage account in response to Walmart's leak. Aside from Bethesda teasing an official reveal for May 14, little else is known at this juncture. Safe to say, it would be for the PS4, Xbox One, and PC. And while other games running Id's tech like Wolfenstein: The New Colossus as well as Doom found themselves on the Nintendo Switch, it's likely that the Switch version would hit at a later date. Expect it to make an appearance at Bethesda's E3 2018 conference.

We won't be surprised to see Rage 2 have a 2018 release date. Bethesda has been known for its shortened cycles between reveal and hitting the shelves as we saw with Fallout 4. However with the second half of the year being exceptionally crowded what with Call of Duty: Black Ops 4, Red Dead Redemption 2, Shadow of the Tomb Raider, and Dragon Quest XI: Echoes of an Elusive Age to name a few debuting in the same time frame, we wonder if releasing a sequel to a cult favourite is a wise move.

The first Rage game released was for iOS. Titled Rage: Mutant Bash TV, it released in November 2010. This was followed up by Rage for PC, PS3, and Xbox 360 in October 2011. It had an extended development cycle that saw creator Id Software switch from initial publisher EA to Bethesda. It was the final Id game that was made under the supervision of industry legend John Carmack. Set in a post-apocalyptic wasteland similar to Mad Max, it had superlative shooting mechanics and great visuals that hold up even today though it ended on a massive cliffhanger.

Did you play Rage on PC, PS3, or Xbox 360? What did you think of the game? And are you interested in the prospects of a sequel? Let us know in the comments.