PlayerUnknown's Battlegrounds became the first Steam title to have more than a million concurrent players for a full year over the weekend, a streak that came to an end two days later. 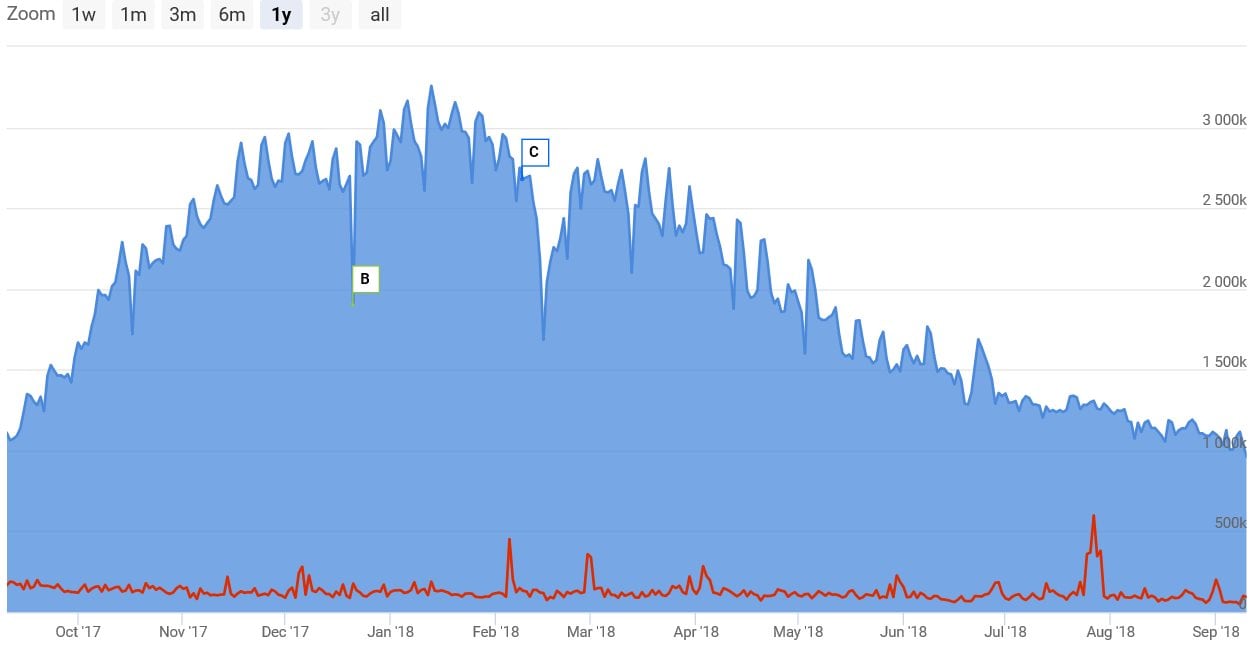 On Steam, the game’s all-time peak came on January 13, with over 3.257 million players. PUBG has witnessed a steady drop since then, while its battle-royale rival Fortnite has seen tremendous growth.

Despite that, no other title on Steam – including Valve’s own massively popular Dota 2 – comes close to the numbers set by PUBG. By comparison, Dota 2’s all-time peak was just shy of 1.3 million in February 2016. Those are the only two games to cross a million concurrent players on the PC gaming platform.

There’s no way to compare its popularity to Fortnite on PC, which isn’t available on Steam but via Epic Games’ own launcher. Also, these numbers don’t factor in the other platforms the two games are available on: Xbox One, Android and iOS for PUBG; and PS4, Xbox One, Nintendo Switch, Android, iOS and macOS for Fortnite.

For what it’s worth, according to a July report from SuperData, Fortnite leads earnings on console while PUBG is ahead of its competitor on PC.

Further reading: PUBG, playerunknowns battlegrounds
Akhil Arora Email Akhil
Akhil Arora covers entertainment for Gadgets 360, interviewing stars such as Christian Bale and Anurag Kashyap, covering series premieres, product and service launches across the globe, and looking at American blockbusters and Indian dramas from a global socio-political and feminist perspective. As a Rotten Tomatoes-certified film critic, Akhil has reviewed over 150 movies and TV shows in over half a decade at Gadgets 360. When he is not completely caught up with new film and TV releases, Akhil ...More
Google Case Set to Examine if EU Data Rules Extend Globally
Xiaomi Mi Mix 2S Gets Android 9.0 Pie With Latest MIUI 10 Global Beta ROM