PUBG Mobile has started receiving the v0.16.0 content update, and this one is a big update in terms of new features and changes it brings. The latest PUBG Mobile update marks the in-game winter festival, and it brings a new RageGear mode as well as the ability to snowboard in the new Snow Paradise region of Erangel map. A new Ruins map for Team Death Match has arrived, alongside a nifty perspective button to quickly switch between TPP and FPP. Moreover, players can now heal by using consumables while moving, and a tonne of firearm balancing tweaks have also made their way to PUBG Mobile with the fresh content update.

The PUBG Mobile v0.16.0 content update is now rolling out via the stable channel for Android and iOS, but the game servers won't be taken offline. The update is 673MB in size, and those who download it before December 17 will be rewarded with 50 silver, 2,888 BP, and a 3-day winter dress to go with the winter theme. Talking about the major changes, the EvoGround now has a new mode called RageGear, wherein players are divided into two categories – one manning the mounted weapon and the other one driving the vehicle. 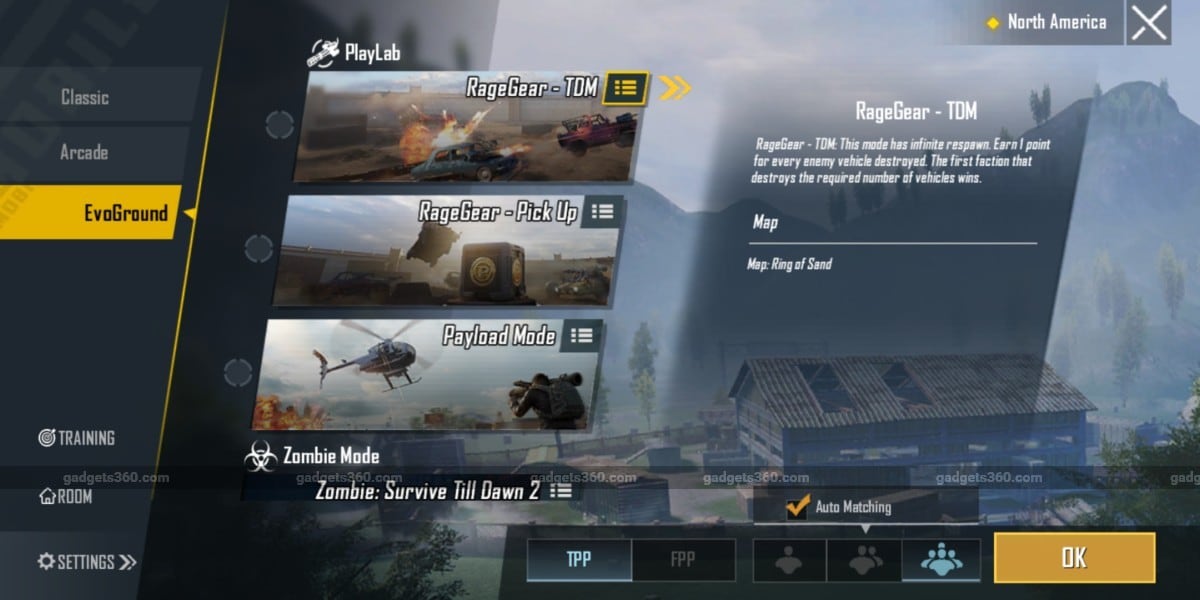 In the RageGear TDM mode, the objective is to reach a specified vehicle destruction target first

In the RageGear TDM battle, there are infinite respawns and the goal is to reach the target of destroying a fixed number of enemy vehicles before others. In the RageGear Pick Up battle, the objective is to collect a specified number of crates before opponents, but it is worth keeping in mind that all crates will be lost if the vehicle is destroyed. Another major feature that arrives with the PUBG Mobile update is Snow Paradise, a snow-covered region that can be accessed while players line up for a battle on Erangel map in classic mode. Once they enter the match, players can freestyle on a snowboard or take cable cars while battling enemies.

PUBG is also taking some lessons from its main rival, Call of Duty: Mobile. The PUBG Mobile v0.16.0 content update adds a loadout feature that allows players to select the weapons they bring into a match and then change the loadout when they enter Team Death Match or while they respawn. Another particularly helpful feature arriving with the update is healing while moving. Items like medical kits, painkillers, energy drinks, and bandages can now be used while on the go, but at the cost of movement speed. 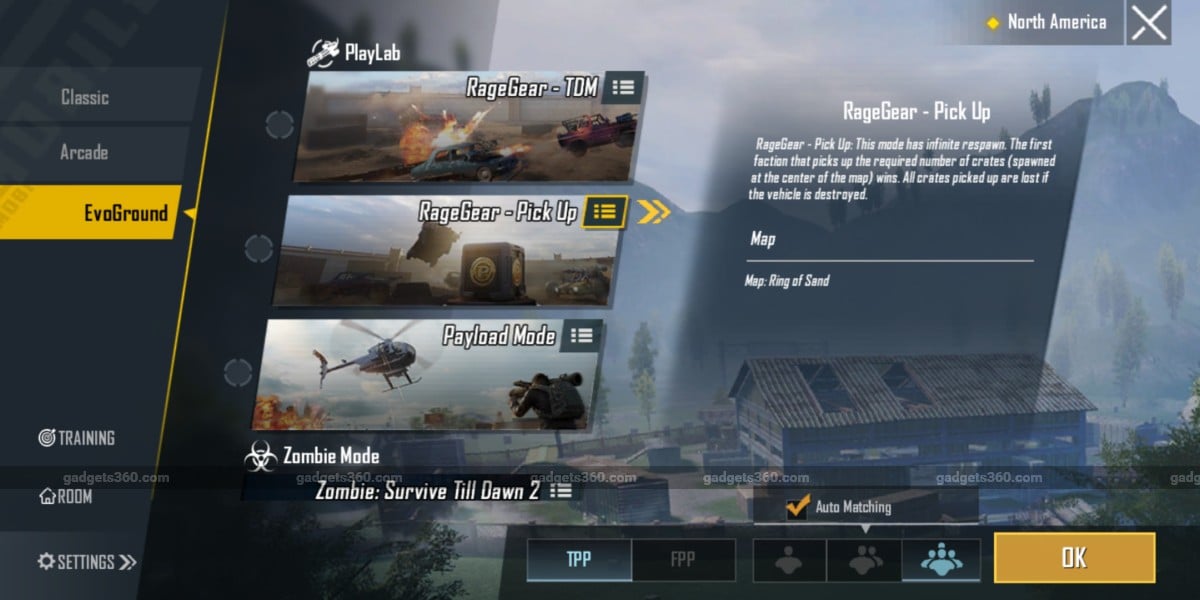 Moreover, a perspective button has also been added to the game that will let players quickly switch between TPP and FPP. This button will be available in Classic, Arcade, and Team Death Match mode, and it can be moved anywhere on the display, or even disabled. Firearm balancing tweaks have also been made and a new method to invite other players for another round has made its way to PUBG Mobile with the update.

Playing again after the match is done

Adding friends after the match is done