PUBG Mobile players will be able to choose skins for iconic The Walking Dead characters like Rick Grimes, Negan, Michonne, and Daryl Dixon. 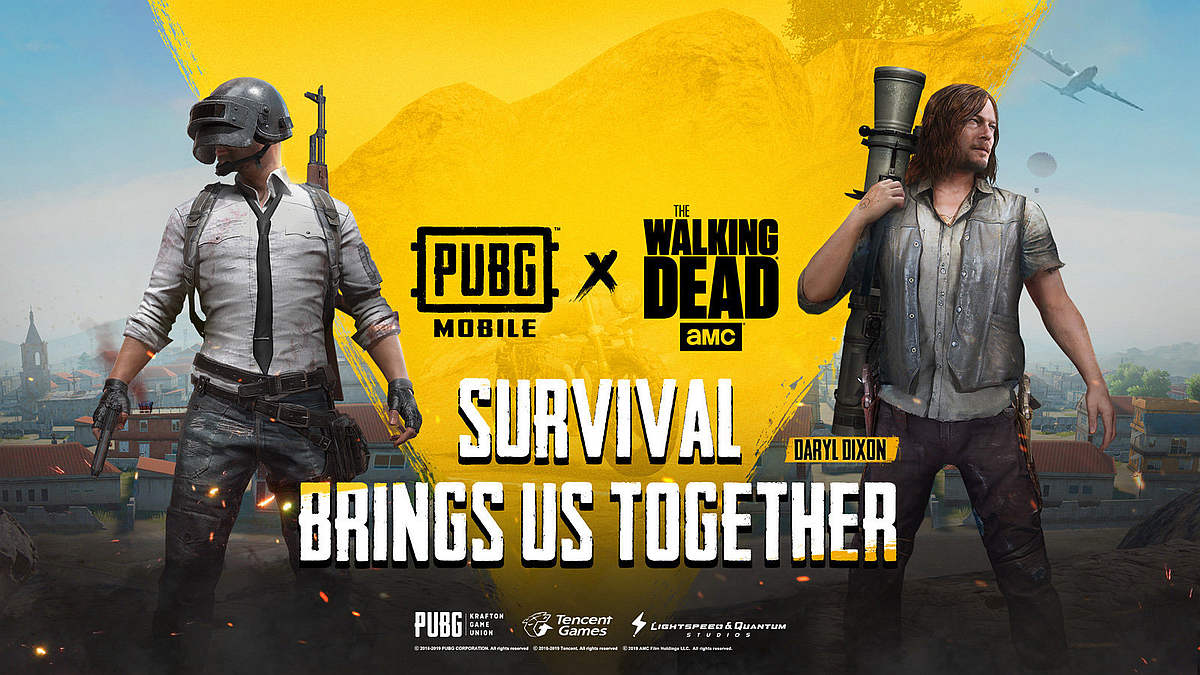 PUBG Mobile has announced an interesting crossover collaboration, and has added characters from AMC's popular show, The Walking Dead, into the mobile game. The game maker claims that some of the characters from the hit TV-series will be available to play with, starting today. PUBG Mobile will also offer some limited edition in-game items like weapons, vehicles and character skins for a time period. The company says that these will be available till early 2020, so it is best to grab them all without wasting much time.

Users will be able to choose skins for iconic characters like Rick Grimes, Negan, Michonne, and Daryl Dixon. Their skins will be available alongside Negan's iconic bat, Michonne's Katana, and Daryl Dixon's motorcycle. The skins and other items can be won by surpassing challenges or via in-app purchases as well.

The collaboration comes at an opportune time, just when the tenth season of The Walking Dead is set to premiere on October 6 on AMC. PUBG Mobile made this announcement on Twitter saying, “The Walking Dead is here! Play as some of your favourite characters, wield their iconic weapons, and utilise their skills to stay alive in the battlefields of Erangel, Sanhok, Miramar, and Vikendi. Explore new events, earn rewards, and know that survival brings us together!”

This isn't the first time PUBG Mobile has announced a crossover. Just this year, the company introduced collaborations with Resident Evil 2 and even Godzilla: King of the Monsters. The latter crossover brought along new outfits, Godzilla coins, Titan graffiti, and more.