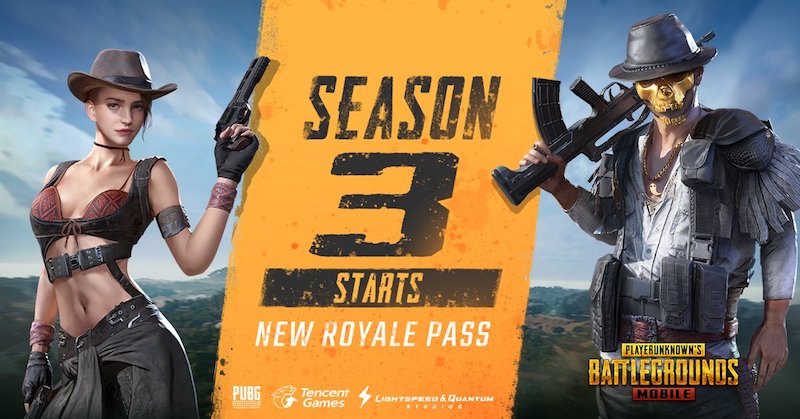 "This means that if you complete every mission, daily and login for 45 seconds every day to just collect the free 10 RP everyone is able to max out their respected pass. It should be noted that each daily mission has 72 hours time to be completed before it expires so plan accordingly," claims Redditor Szpartan.

And while the Sanhok map is seen in the background of the official PUBG Mobile Season 3 art work, it is speculated to be a part of the PUBG 0.8.0 update. That said, we won't be surprised to see it sooner rather than later.

"As of now, new maps are the most requested in-game feature in PUBG Mobile. I think the idea of exploring a new terrain; a new battleground gets the players excited. We are always looking into what interests our players and are trying to bring out new features with every update," says Aneesh Aravind, General Manager, Tencent Games India in conversation with Gadgets 360. What's more is, Aravind hints at a greater number of modes and content in the months to come pointing to the success of War Mode as a reason for this.

"Players are really enjoying the War Mode. The game feature allows players to respawn and continue the game even after their in-game death while scoring points for kills and revives. Our players are having a lot of fun with it. There are several new maps and modes that we are testing out and some of them would be released in the near future," he says.

Although most of PUBG Mobile Season 3's features are geared towards players coming back, Aravind told us that Tencent will continue with its zero tolerance cheating policy.

"Unfortunately, there has been a rise in cheaters and hackers lately within our comunity. We have a firm zero tolerance for this. We believe that these people can ruin the gaming experience and hurt legit players through their unfair advantages. We are working on reducing the cheating problems due to the use of emulators and other cheating tools on mobile. There is a report mechanism in the game for players if they come up against any such issue, which can be used for reporting the player who is cheating. We look into the matter internally and take the appropriate measures. In addition to that we are also looking at information provided by our players in gaming communities to make the product better," he says.