PUBG Mobile 0.13.0 update will begin rolling out on Wednesday, June 12. The full changelog has been published. 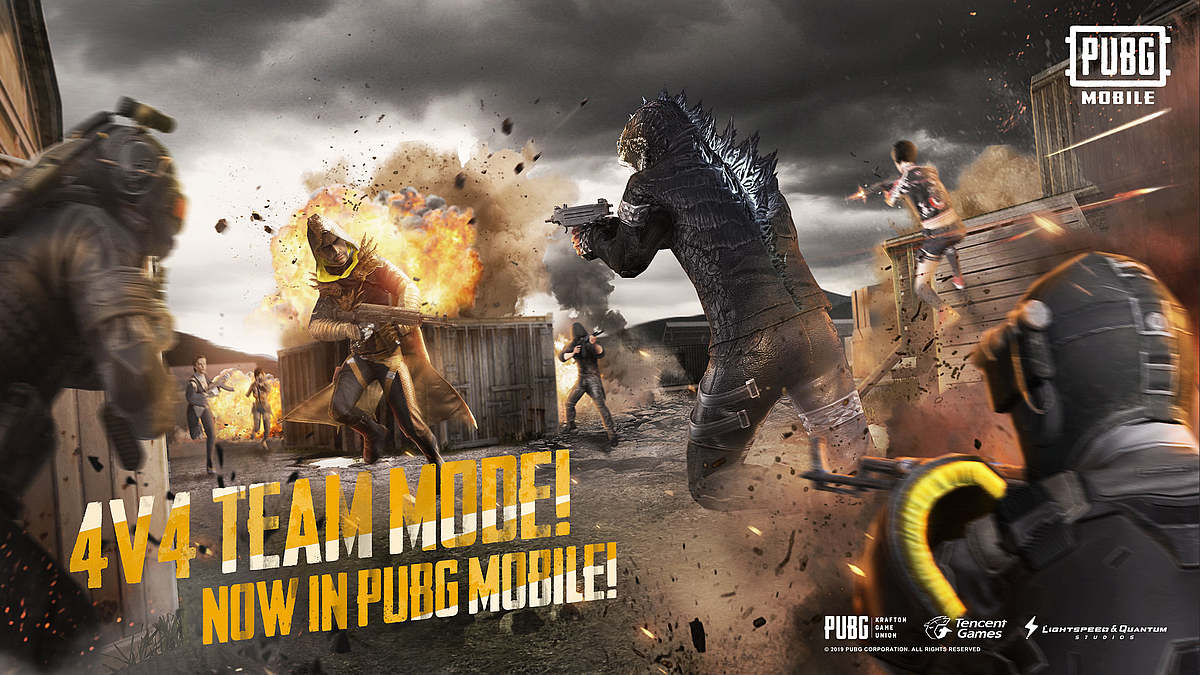 PUBG Mobile is receiving its 0.13.0 update tomorrow, and ahead of that, the developers have posted the changelog on Twitter. PUBG Mobile is the mobile version of the PlayerUnknown's Battlegrounds that was developed by Tencent Games studios. It was released globally for Android and iOS in early 2018. Since then, the game has garnered much attention thanks to its swiftly growing player base and the massive revenue it was generating. The original for PC, PS4, and Xbox One also helped popularise the 'battle royale' genre, and soon Epic Games' Fortnite got its own battle royale version, while EA launched Apex Legends earlier this year to capitalise on the craze. Read on for all the details about the PUBG Mobile 0.13.0 update

In a tweet on the official PUBG Mobile handle, the developers have revealed the PUBG Mobile 0.13.0 update will be released on June 12. Keeping previous rollouts in mind, gamers can expect the update to be released in India in the second half of the day. The developers put the game offline earlier today for maintenance ahead of the update's release tomorrow. That maintenance is now over.

In the changelog published on the PUBG Mobile site, the company revealed the changes that the 0.13.0 update will bring. The biggest of these is the addition of Team Deathmatch to EvoGround, described as a new mode that "features fast-paced firefights in both FPP and TPP." Players will now also enjoy an upgraded third-party app prevention system and enhanced detection of cheating behaviour via the Virtual app, emulators, and modifiers.

The PUBG Mobile developers have also added an MVP showcase system at the end of each match, and all players will receive a default MVP pose. There is now also a dedicated button for climbing, and this can be enabled from settings. The Godzilla theme that was recently showcased by the company as part of the PUBG Mobile x Godzilla: King of Monsters crossover, is also a part of the update. Finally, PUBG Mobile also received a popularity gift and ranking reward, while a Charisma Ranking system has also been introduced.

Here's the full changelog of the PUBG Mobile 0.13.0 update:

- Added Team Deathmatch mode to EvoGround. This new mode features fast-paced firefights in both FPP and TPP. Players can also create their own rooms with room cards

- Added MVP showcase system at the end of each match. All players will receive a default MVP pose. The top 3 players in Classic mode or the MVP of the winning squad in TDM will be featured

- In Vikendi, players will now leave footprints, trails and tire tracks on snow

- When killed by friendly fire, now players can decide if the teammate should lose merit or not

- Added a Godzilla theme. Godzilla themed lobby background will be available together with many themed events and rewards after the update

- Added new popularity gift and ranking reward. Every week, the top 100 players in the list may collect the title All-time Popularity or Recent Popularity

- Added Charisma Ranking. The permanent outfits and firearm/vehicle finishes collected by a player will increase their Charisma

Alpha & Omega: Get the first kill and final blow in a Team Deathmatch

Envoy of War: Complete a series of missions in Team Deathmatch.

1. The old zombies have been replaced by 4 types of new zombies

2. Liquid Nitrogen Grenades now leave behind a cloud of freezing smoke on the ground for a long period after explosion, reducing the movement speed of any unit in the area

4. Certain zombies now have new abilities: Tanks will empower nearby allies; Skinners can slow nearby players

5. A new factory has replaced the police station

2. Equipped items will be displayed on top

3. Duplicated new items will no longer be indicated by a red dot and the "new" tag

4. The Backpack and Helmet tabs have been moved to the Customization tab.

- Arcade mode opening times have been adjusted. Mondays and Wednesdays: Sniper Training & War; Tuesdays and Thursdays: Mini-Zone & Quick Match; Fridays to Sundays: All Arcade modes are available. All times are in UTC

- Improved the animation in FPP when running while holding an SMG.

- Players can now collect all rewards from daily missions, progress missions and achievements all at once

- Added a latency indicator to the main screen. Green, yellow, and red represents a good, average, or bad connection