PS5 was launched globally in November last year and stocks have been an issue worldwide ever since. 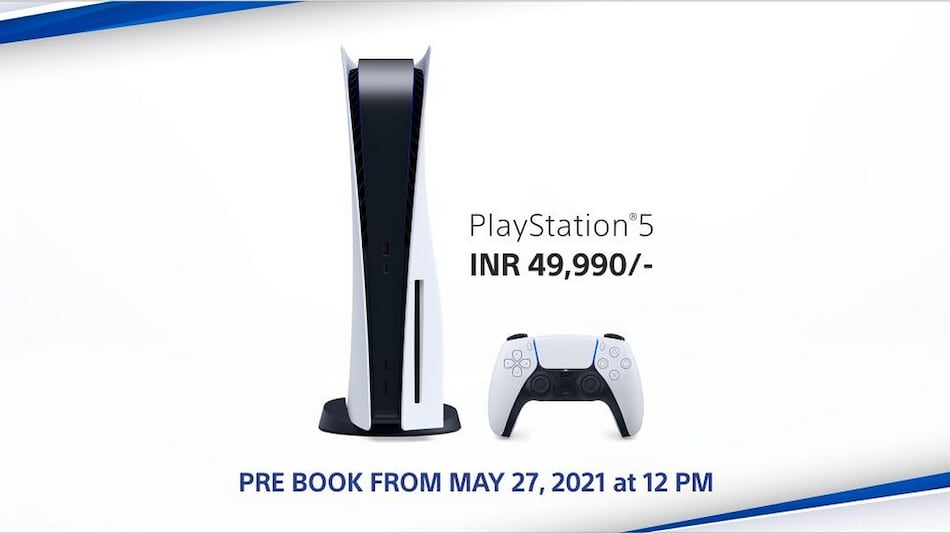 PlayStation 5 pre-orders will begin again on Thursday, May 27 via multiple online retailers in India. Ever since its launch in the country in February this year, the PS5 has been a rare commodity. There has been a shortage of stocks worldwide, and whenever it goes for sale or pre-orders, stocks run out in mere minutes if not seconds. PS5 hopefuls will now have another chance at pre-ordering the console. But only the standard edition of the PS5 will be up for pre-orders and not the Digital Edition.

Sony launched the PS5 globally in November last year and then in India in February this year. Even though the company has reported impressive sales figures for its latest console globally, customers are still struggling to buy one. Those who are still searching for a PS5 can try their luck on May 27 when the PS5 goes up for pre-order via Vijay Sales, Croma, Prepaid Gamer Card, Games The Shop along with Sony Center's official online store ShopatSC. Pre-orders will start at 12pm (noon) till stocks last. The PS5 costs Rs. 49,990 for the standard edition. The console is also listed on Flipkart as coming soon but a date has not been mentioned.

It is possible that retailers like Amazon and others also open pre-orders for the PlayStation 5. As of now, it does not have any indication of pre-orders going live.

PlayStation 5 Digital Edition, the version of the console that comes without a disk drive and is cheaper than the standard edition by Rs. 10,000, went up for pre-orders for the first time in India on May 17 along with the standard version. Both of them were out of stock within seconds. With a huge influx of interested buyers, some websites had the console listed as “sold out”/ “currently unavailable” within a minute of pre-orders going live, while other websites were unable to manage the traffic and failed to load entirely.

Tomorrow, May 27, is expected to be no different and stocks are expected to run out really quickly. If you are lucky enough to pre-order a PS5, let us know in the comments down below.

It's Google I/O time this week on Orbital, the Gadgets 360 podcast, as we discuss Android 12, Wear OS, and more. Later (starting at 27:29), we jump over to Army of the Dead, Zack Snyder's Netflix zombie heist movie. Orbital is available on Apple Podcasts, Google Podcasts, Spotify, Amazon Music and wherever you get your podcasts.
Affiliate links may be automatically generated - see our ethics statement for details.
Advertisement