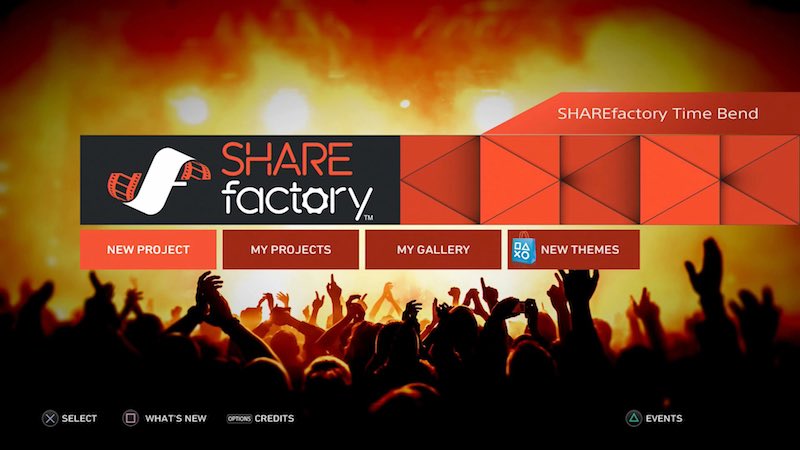 Sony's Sharefactory video editing app for the PS4 just received a massive update. You can now add slow motion and time lapse effects to your videos. According to Stuart Platt, Senior Producer at Sony Computer Entertainment America, it's been a popular request from vocal PS4 users.

In addition to this, there will be Sharefactory Events. These will be conducted by game developers and publishers, allowing you to show off your editing skills. As per Platt's post on the PlayStation blog, the first event is being planned and will happen soon. Furthermore, you can now add up to 50 video clips to a Sharefactory project and up to 12 music track clips as well.

There are other changes. Text is now referred to as overlays, and stickers can be layered. Two music tracks, three filter effects, three wipe transitions, five dissolve transitions, a new colour picker, and an enhanced text colour palette also are present with the latest update.

Perhaps the most telling piece of information is how Sharefactory is performing.

"Since launch, we've seen an explosive growth, with more than 5.1 million downloads of the Sharefactory app, and more than 18.9 million awesome projects created by our PlayStation Nation," wrote Platt in his post. Even with over 30 million PS4s sold, it's not too surprising to see so few with the Sharefactory app. Although sharing game videos and screenshots is a heavily touted feature, not everyone is inclined to do so, and Sharefactory's prevalence, or lack thereof, cements this.