Pokemon Go has finally received the much-anticipated PvP mode that lets you challenge another trainer and battle them using your Pokemon collection. Called "Trainer Battles", the feature was showcased alongside the formal launch of Pokemon Go back in September 2015, and since then, it's been teased on the Web. Publisher Niantic Labs on Thursday started rolling out the PvP mode that was initially limited to level 40 players. However, soon after its initial rollout, the new feature debuted for players on as low as level 10.

As announced through a tweet on Thursday, the Trainer Battles feature on Pokemon Go was initially rolled out for level 40 players. The game has now, however, expanded its presence for players on as low as level 10. This is the permanent minimum requirement for the feature.

With the Pokemon Go Trainer Battles feature, you can use your tactics and skills to fight with other players in your location and earn in-game rewards. You and your rival need to be in the same location to begin the battle. Once you both are in the same location, you can either pick the contender directly from your friends' list or simply scan the QR code available on your opponent's screen. There is also an option to remotely battle with contenders who are listed as your Ultra Friends and Best Friends on Pokemon Go or practice with some artificial intelligence (AI) backed team leaders. 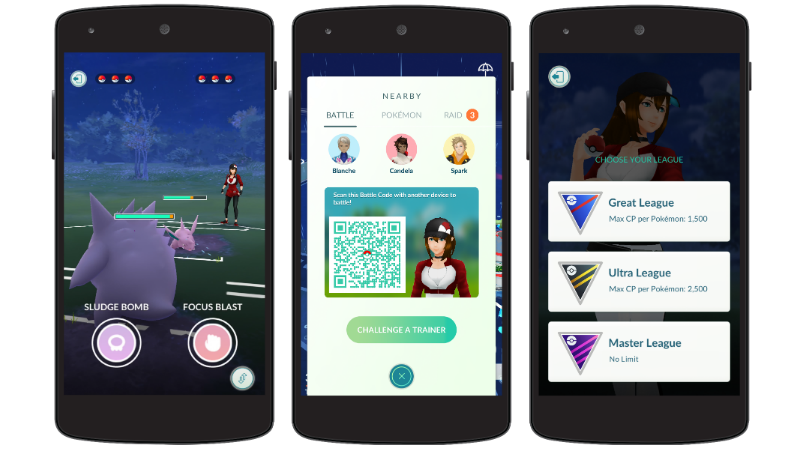 "Battles are fast-paced and real-time, so don't expect to wait your turn!" the Pokemon Go team explains in a blog post. "Your selected team of Pokemon will be able to execute both their Fast Attack and Charged Attack moves. In preparation for battle, you'll even be able to use Stardust and Candy to unlock a bonus Charged Attack for your Pokemon."

You can choose any three Pokemon characters from your collection to battle with other trainers. Also, the selected characters can be switched between the three mid-battle.

There is an ability to deploy a Protect Shield to protect your Pokemon from critical damage when you're keeping an eye on your opponent's moves. However, it is important to note you have a limited number of shields. On the part of in-game rewards during battles, you'll be given some rear evolution items.