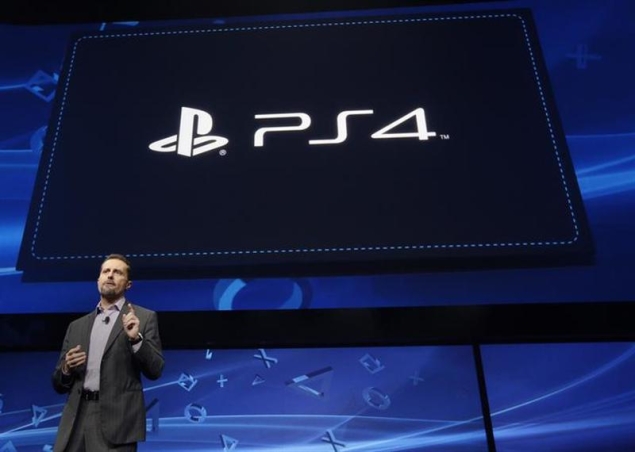 Sony unveiled a new generation PlayStation 4 system Wednesday and laid out its vision for the "future of gaming" in a world rich with mobile gadgets and play streamed from the Internet cloud.

At a press event in New York, computer entertainment unit chief Andrew House said PS4 "represents a significant shift from thinking of PlayStation as a box or console to thinking of the PlayStation 4 as a leading place for play."

Absent from the Sony event was mention of what plans the company had regarding films, music, television shows and other digital content offered on the PS4.

In a move that was not lost on observers, there was no glimpse of a PlayStation 4 at the launch event.

"It was odd that Sony did not show a physical device," said Gartner consumer technologies research director Brian Blau.

"These days, people love beautiful devices, especially because of Apple."

Sony spoke ambiguously about the device, leaving much to the imagination during a two-hour presentation aimed primarily at gamemakers and players.

"They don't want to give it all away, which is the nature of the industry," Blau said. "Sony was really trying to get developers excited about what is going on."

PS4 was designed to get to know players, ideally to the point of being able to predict which games people will buy and have them preloaded and ready to play.

It also allows to gameplay to be broadcast in real time, letting friends virtually peer over one another's shoulders and gamemakers act as "directors" guiding players along.

Sony has also given a green light to building "the most powerful network for gaming in the world," according to David Perry, chief of the Gaikai cloud gaming company that Sony purchased last year.

Gaikai specializes in letting people play videogames streamed from the Internet "cloud" instead of buying titles on disks popped into consoles or computers.

"By combining PlayStation 4, PlayStation Network and social platforms, our vision is to create the first social network with meaning dedicated to games," Perry said during the event.

"We are exploring opportunity enabled by cloud technology with a long-term vision of making PlayStation technology available on any device," Perry said.

"This would fundamentally change the concept of game longevity, making any game new or old available to get up and running on any device, anywhere."

Sony needs to adapt to changing lifestyles while not alienating videogame lovers devoted to its hardware.

Low-cost or free games on smartphones or tablet computers are increasing the pressure on videogame companies to deliver experiences worth players' time and money.

A PlaySation App will let iPhones, iPads or Android-powered smartphones or tablets be used as "second screens" augmenting play taking place on televisions connected to PS4 consoles, according to Sony.

Sony said the PS4 would hit the market in time for the year-end holiday season but did not provide details.

New-generation consoles are typically priced in the $400 to $500 range, and blockbuster game titles hit the market at $60 each.

Using Gaikai streaming technology to let people play PlayStation 3 titles on PS4 hardware was likely aimed at calming worries that fans switching to the new system would be forced to give up beloved older games, according to Blau.

He was unimpressed by word the PS4 would integrate with Facebook, saying that "pretty much everyone else" already has hopped on the trend of syncing with the leading social network.

"I'm a little worried about their integration of social," Blau said. "You would think that a company like Sony would have lots of experience in exposing users to social mechanisms, and I didn't see that today."

"Sony believes the future will be like the past and has built the game console to prove it," Forrester analyst James McQuivey said in a blog post.

"While the technology that goes into the console is definitely of the future, the idea behind the PS4 is rooted firmly in the past," McQuivey continued. "Specifically, the PS4 yearns for a glory day of gaming."

Sony shares fell in the wake of the presentation, ending down 1.77 percent at 1,331 yen on Tokyo's Nikkei index.

Ratings agency Fitch meanwhile warned the new gadget was unlikely to turn the firm's fortunes around.

It was "unlikely to be Sony's savior," Fitch Ratings said, noting the company lost money on the PS3 for the first several years after its launch until production costs fell.

"The competitive nature of the market may also constrain profitability," the agency said in a note Thursday.

"The key to the product's success will be price, timing, content and how it compares with the yet-to-be-announced next generation Xbox. None of these details are currently available."
Comments