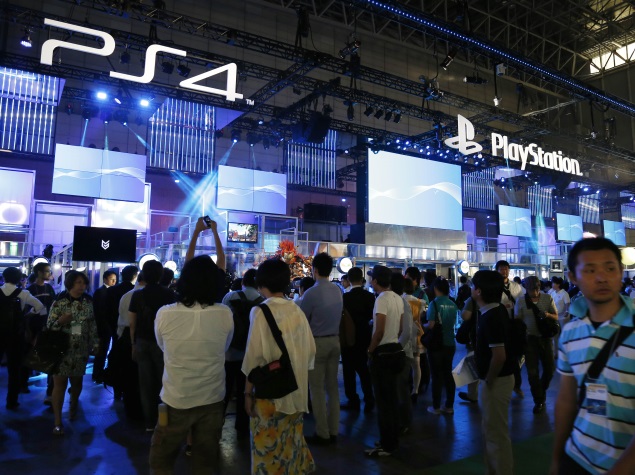 Fans dressed as Transformers, Iron Man and Jedi knights were among thousands at the first day of Hong Kong's comic and games expo Friday, where Xbox and Playstation went head-to-head with their new consoles.

The Ani-Com show at the city's harbourside convention centre is one of the biggest of its kind in Asia and was packed with teenagers, many of them in coloured wigs and costumes mimicking their favourite Japanese comic book heroes.

While some lined up for limited edition toys and figures, hundreds of gaming aficionados queued at Sony and Microsoft's booths to try the games giants' latest launches.

Sony was showcasing the Playstation 4 and much-anticipated racing game, 'Driveclub' while US rival Microsoft was promoting its Xbox One console.

The Xbox One will launch in China in September, the first games console to be officially released on the mainland after Beijing lifted a ban on the devices, which it had imposed in 2000.

The console went on sale in Hong Kong on Friday and is also set to launch in Japan in September.

But Sony - exhibiting at Ani-Com for the first time -- was confident it would remain dominant in the Asia market.

"We are a very popular brand in Hong Kong and in Asian countries... the feedback from our customers is very positive," Sony Entertainment public relations manager Jessie Chan told AFP.

Both the PS4 and Xbox One were first launched in the US and other markets in late 2013.

For 19-year-old Hong Konger Kaze Wong, dressed in the brown-and-white robes of a Star Wars' Jedi knight, the expo was a chance to share his enthusiasm for the legendary American film franchise.

"We want to help Hong Kongers familiarise themselves with science fiction characters from the US -- a lot of people are more interested in the Japanese comic characters" Wong said, as he and half a dozen other 'Jedi' posed waving toy lightsabers.

Production for the new "Star Wars: Episode VII" movie began in May with many of the lead actors from the original film making a return. The latest installment is due for worldwide release on December 18, 2015.