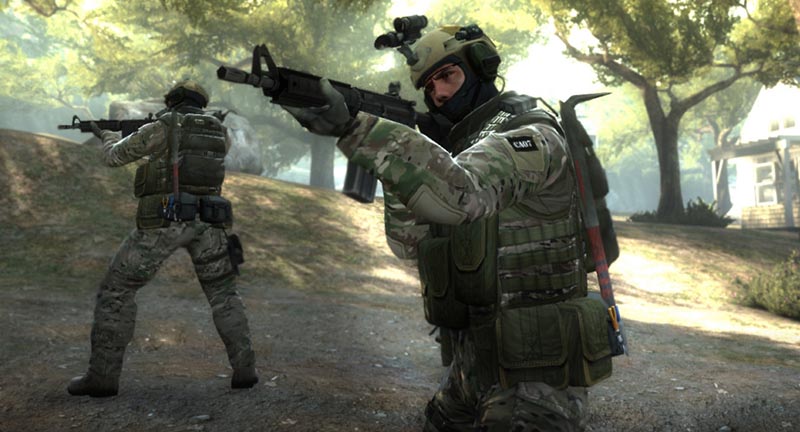 Optic Gaming may shut down its India operations in the wake of one of its players, Nikil 'Forsaken' Kumawat caught cheating at the Extremesland 2018 tournament in Shanghai last week. The e-sports company set up shop in India in May this year with support from local firms such as content agency AFK Gaming and e-sports platform SoStronk providing marketing and technical support respectively. A month after its inception Optic India was announced. This was its all-Indian Counter-Strike: Global Offensive team. Optic India was disbanded last week following the discovery of Forsaken using hacks. Now it seems that the organisation as a whole plans to exit India.

"The company is now calculating its options and in a drastic development may move out of India altogether," claims one report citing sources "in the know-how of these things."

For its part, Optic Gaming stated that it was unaware of Forsaken's antics.

"The player caught with hacks has been released from the organisation, we do not tolerate anything like this," said Jesal Parekh, Optic Gaming's International Development Manager to HLTV.

"We want to apologise to all the other teams and organisations involved. It is unfair for everyone involved. We also want to apologise to our country and to the fans who have supported us. This will be a big setback for the country, and it is really unfortunate that one selfish person is capable of causing this. An official statement will be released soon by the organisation, but I want to make it very clear that the other four players had no knowledge of this and would never have agreed to even play if there was even the slightest hint of it."

This is at odds with what multiple sources have told Gadgets 360. Suspicions with Optic arose regarding Forsaken's performance, with its coach going as far as to voice them, though checks revealed no signs of cheating. Gadgets 360 has reached out to Optic Gaming for comment and will update this story if we hear from the company.

Earlier this week, ESL India confirmed that Forsaken was cheating during the ESL Fall Season Finale.

"Our League Operations team immediately decided to boot up Forsaken's SSD to check for any malicious activity, as we dug in deep, we found the exact cheat programme that he used at Zowie Extremesland," reads a post from ESL India's Head of Product, Aditya Shah.

"On inspection of the 'temp' folder in Windows, our team found a suspicious folder with the name 'Rar$EXa5164.33720' located at 'C:\User\ESL-IN~1\AppData\Local\Temp'. This is the folder where Zip/ RAR files are uncompressed before they are moved to a folder. We at ESL India have considered this a Level 4 offence under the Code of Conduct of ESIC. The Commissioner of ESIC is conducting an independent inquiry and will deliver his verdict soon."

iOS 12.1 to Bring Fix for 'Beautygate' on iPhone XS, iPhone XR
Red Dead Redemption 2 Release Date, Gameplay, Map, and Everything Else You Need to Know