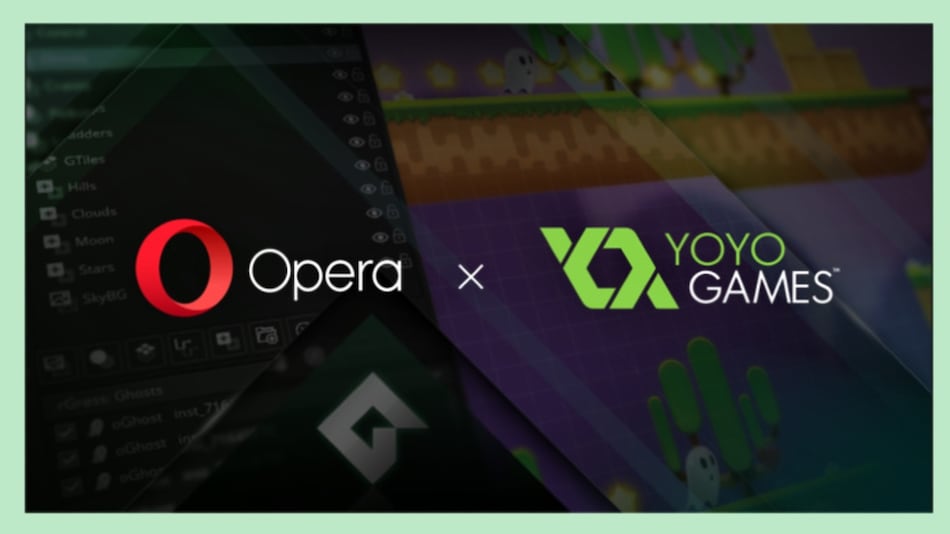 Opera has announced the acquisition of YoYo Games, the company behind GameMaker Studio 2, a platform that helps users build 2D games on desktop, mobile, Web, and consoles. Opera said that it plans to expand its reach and capabilities in the gaming space using GameMaker Studio 2 and Opera GX, its browser targeted at gamers that the company launched in 2019. The Opera GX browser is designed in black with red accents and has several customisations for gamers. Opera acquired YoYo Games for approximately $10 million (roughly Rs. 72.9 crores), as per a report.

Opera announced the acquisition of YoYo Games through a blog post. GameMaker Studio 2 developed by YoYo Games lets users create games and then export them from a single codebase to platforms like desktop, mobile, Web, and consoles. Opera said that it can be used both by beginners and advanced users to make 2D games.

Opera has said that it has “big plans” for YoYo Games and GameMaker. And together with its gaming-focussed browser, Opera GX, the company said that it plans to expand its reach and capabilities in the gaming space. The company also recently formed a new division called Opera Gaming to focus on it.

“We look forward to further growing Opera GX and to driving the growth of GameMaker, making it more accessible to novice users and developing it into the world's leading 2D game engine used by commercial studios. We are also thrilled to find future synergies between YoYo Games' products and Opera GX,” said Krystian Kolondra, EVP Browsers at Opera.

Opera GX is a customised version of the Opera Web browser targeted at gamers. It comes with a bunch of gaming-centric features, such as gaming deals and news in the tab screen and Twitch integration. It is touted by the company as “the world's first gaming browser”. Opera GX currently lets users set limits on CPU and RAM usage through a panel built inside the browser. It displays how much of the resources are being used at the time. Besides that, it also has the standard Opera browser features.