No Man's Sky First Update Is Quite an Overhaul 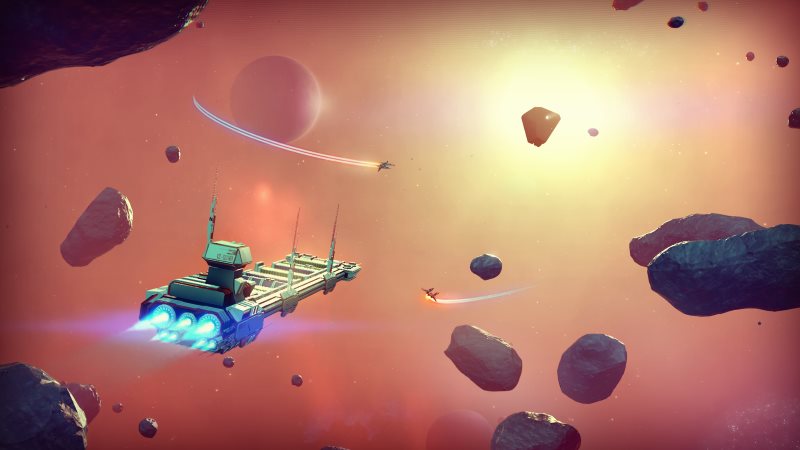 Day-zero patches are common in the video gaming world, but the one accompanying No Man's Sky launch seems to be a rather hefty one, according to a blog post by developer Hello Games founder Sean Murray.

Notably, with the official release for PS4 on Tuesday and for PC on Friday, the Hello Games team is correctly calling v1.03 a day-zero update, rather than the day-one update most publications are referring to it as.

The universe in-game works on a different algorithm than before, which has caused planets to change their place and galaxies to alter their shape, in effect causing the latter to be up to 10 times larger. If you've been following video streams via players or news outlets who picked up an early copy of the game, things are bound to look different now.

Even the flora and fauna found on the 18 quintillion planets will seem different - not only are they more diverse, creatures also have a diet of their own, derived from the planet and climate they reside in. Murray noted that "feeding them correctly will yield different results per species, such as mining for you, protecting the player, becoming pets, alerting you to rare loot or pooping valuable resources".

Ship and suit inventories have been altered too, allowing for five and two times the storage per slot than before. "This encourages exploration and gives freedom from the beginning. We're probably going to increase this even further in the next update, for people in the latter game phases, and will allow greater trading potential," Murray wrote.

The update to No Man's Sky will also bring a new atmospheric system, which will lead to four times more variation to the skies, allowing for things like "more intense sunsets". As for trading, planets and star systems come with their "own wants and needs" which if observed carefully will allow you to trade better.

You can also scan for star systems that other players in the game have discovered already, which should effectively increase the chance of seeing another No Man's Sky owner in-game, in what is after all an (almost) infinite universe.

Over and above that, the game now has three game paths to follow for players. Murray worked with Deus Ex writer James Swallow to rewrite the Atlas path, changing the early mission text to provide game buyers with multiple endings. The choices you make early on will tend to have a "significant impact" on what you come across later, Murray wrote.

To see the last of those changes, you will need to start with a fresh save if you've already picked up a copy of the game. "If you had an early copy somehow, your save game will technically work post update, but you will miss out on new content and experiences if you don't delete your save before updating," Murray said in his post. "We highly recommend deleting your save if you have played before updating your game (we won't do this in future, but it's a day zero update)."

Hello Games will continue to provide more free updates over time, including the ability to "build bases and own giant space freighters". No Man's Sky launches on August 9 in North America, and August 10 in Europe and India for PS4, and August 12 for Windows PCs worldwide.

Read next: No Man's Sky: Everything We Know So Far