Nintendo's new gaming console Switch is part of a bigger plan that will include more accessories, a deeper lineup of software and possible tie-ups with other technologies.

In his first interview since unveiling the brand-new flagship product, President Tatsumi Kimishima said details about add-ons will be available in the new year. Kyoto-based Nintendo said earlier on Thursday that it will announce pricing and a specific launch date for Switch on January 13, followed by an event where the public can try it out.

"By no means was that everything," Kimishima said, referring to a video a week ago that introduced the product's name and showed Switch being used as both a console and portable device featuring modular controllers and accessories. Nintendo's stock declined after the three-minute clip was released, which Kimishima said was unexpected.

"To tell you the truth, I was surprised," Kimishima said. "I don't understand why."

Getting Nintendo back on track is a top priority for Kimishima, who became president a year ago after the death of his predecessor, Satoru Iwata. Quarterly results released this week underscore how Nintendo's core business is getting weaker due to a stronger yen that reduced the income earned abroad, as well as sharp declines in hardware and software sales. Even the success of Pokemon Go wasn't enough to make up for sluggish sales, which have declined every fiscal year since 2009, when the Wii console was at the peak of its success. 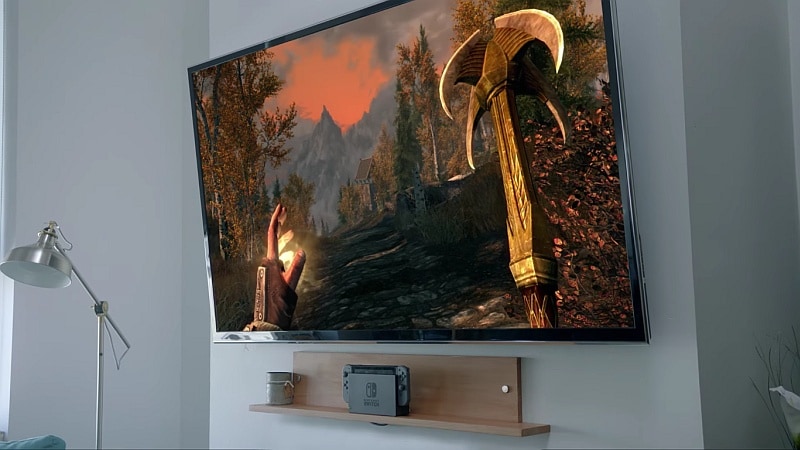 The new device features a tablet-like display unit that can dock at home and connect with a TV, or be taken out and about with two detachable controllers. Nintendo is betting the hybrid approach will help the Switch become a hit like the Wii, its most-successful console ever thanks to its motion-tracking controllers.

As for Switch's software, he said Nintendo made a deliberate decision not to disclose specific titles: "One thing we still can't show is the software lineup. We want people to touch the device in January and experience the software for themselves."

A dearth of software releases for the Wii U has been cited as one of the reasons the console was never able to match the earlier Wii in sales. 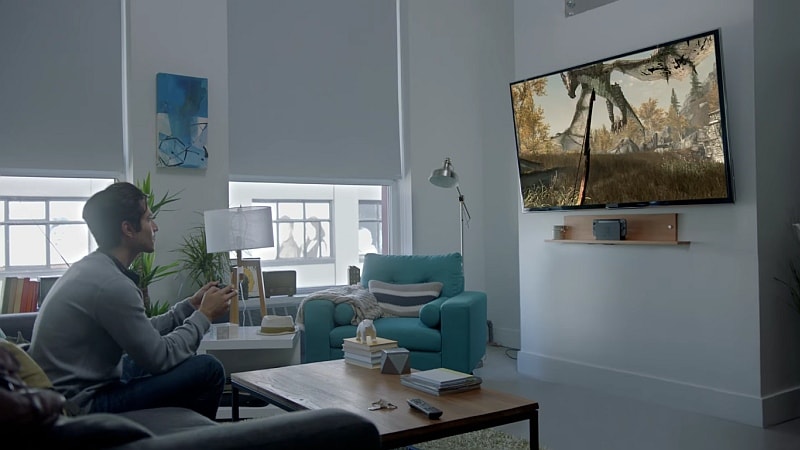 Nintendo envisions many different scenarios where Switch can be used, such as a family, one person alone -- or even by someone who doesn't have a TV, Kimishima said. "What you see in the video, however, is the core product," he said.

Asked whether Switch would work with hardware from other companies, Kimishima ruled out the possibility for now, but said "we are interested in VR," referring to virtual-reality technology.

"VR offers new ways of playing, but that depends on what kind of software can be played," he said. "If you ask us whether there are any possibilities, we can't say no. It may be that we will build VR software titles, I think that opportunity is available to us."

Iwata, Kimishima's predecessor, had frequently mentioned that Nintendo should be able to post annual operating profit of at least 100 billion yen. The last time Nintendo exceeded that threshold was in the fiscal year ending March 2011. On Wednesday, Nintendo cut its operating profit outlook for the current year to 30 billion yen, down from the previous 45 billion yen, citing a stronger yen that weighed on 3DS and Wii U revenue. Asked whether that 100 billion yen threshold was achievable, Kimishima said it was.

"As our previous president has said before, an appropriate level of operating income for Nintendo is that level, and that is what everyone understands," Kimishima said. "That's what we want to achieve. Based on various projects and new projects that we have, achieving that result is the premise."

He declined to give more specific forecasts for the Switch beyond the one disclosed this week, which is that Nintendo will sell 2 million units in its first month after it goes on sale in March. The company sold 5.84 million Wii machines in its first fiscal year. The device that followed it, the Wii U, was less successful, with 3.45 million units shipped.

"In terms of how many units will sell, we're looking at past examples where competitors, and our own Wii, had a lot of momentum, and that means the first year after it goes on sale will be extremely important."