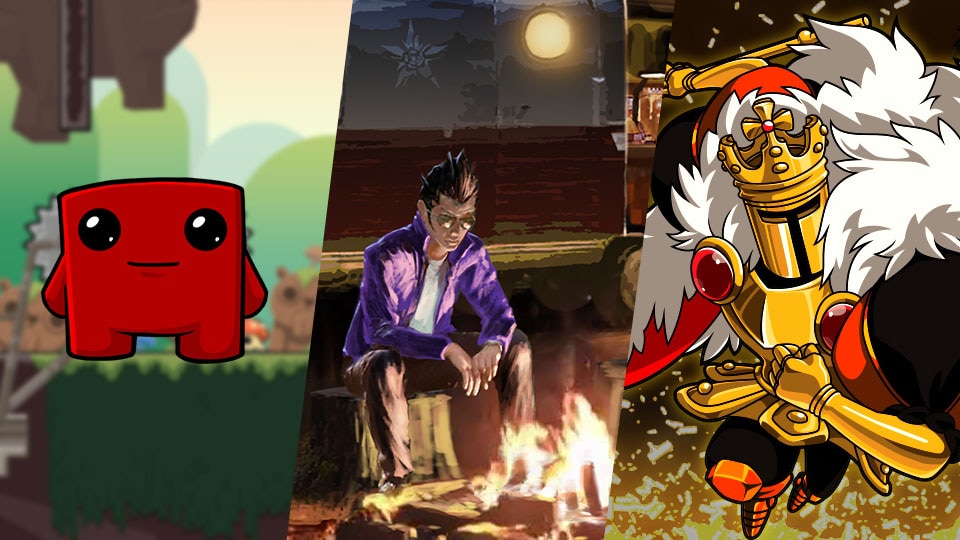 In its "Nindies" showcase video on Wednesday, Nintendo revealed 20 new indie titles headed to the Switch over the next year, including new games in Super Meat Boy and Shovel Knight franchises, alongside collaborations such as Travis Strikes Again: No More Heroes from Suda51 and Grasshopper Manufacture.

The new game from Team Meat is called Super Meat Boy Forever, which has been in development since 2014. It will be more extensive than the original, and the levels will get more challenging every time you beat them. The game will land on the Switch in 2018, apart from the PS4, Xbox One, PC, iOS, and Android.

Shovel Knight: King of Cards will close the Treasure Trove trilogy, with four new worlds and 30 new courses that show how King Knight got his throne. King of Cards has an early 2018 release date on Nintendo's new console.

Travis Strikes Again: No More Heroes is set seven years after the events of No More Heroes, and The Bad is determined to get his revenge on Travis Touchdown. It will have "punk-rock levels and over-the-top bosses" just like the original, and arrives exclusively on the Switch in 2018.

Beyond that, much loved point-and-click adventure Kentucky Route Zero is getting a Switch release in early 2018, which will come with all five acts that began in 2013, including the final one that has yet to be released.

Alongside, Harmonix – the maker of Rock Band, and Guitar Hero – also announced a new rhythmic game called Super Beat Sports exclusively for the Switch. It has five sports-themed mini-games, support for up to four players, and will be available in the next few months.

The full list of upcoming indie games for the Nintendo Switch is as below, ordered by release date:

Here are all 16 available trailers: