The Nintendo Switch event began with a bang. Nintendo President Tatsumi Kimishima started the event with minimum fuss, declaring the price and launch date of the console right away. The Nintendo Switch is priced at $299.99 (roughly Rs. 20,500) and will be launched on March 3, 2017. Here's a quick recap of the event in case you missed it.

The Legend of Zelda: Breath of the Wild Nintendo Switch Release Date Announced

The Joy Con is perhaps the most interesting hardware in the Nintendo Switch console. It's a motion-sensing controller fitted with accelerometers and gyro sensors. When you move the controller, you can execute actions in the game. Moving the controller sideways could move your character in game and imitating a punching gesture could execute an attack in a game. The Joy Con also has NFC so you can use it with Amiibo, which unlocks content in the game, as we saw at the Nintendo Switch event.

To illustrate some of these features, Nintendo showed a couple of launch titles at the Nintendo Switch event. The first of these is called 1 2 Switch. This is a co-op game where two players point the Joy Con controllers at each other to play. The company branded this as the perfect icebreaker for parties. The game chose winners based on reaction time - so whoever reacts fastest wins. They even showed a table tennis game as part of 1 2 Switch, but we'll need to spend some time with the game before we can write more about it. 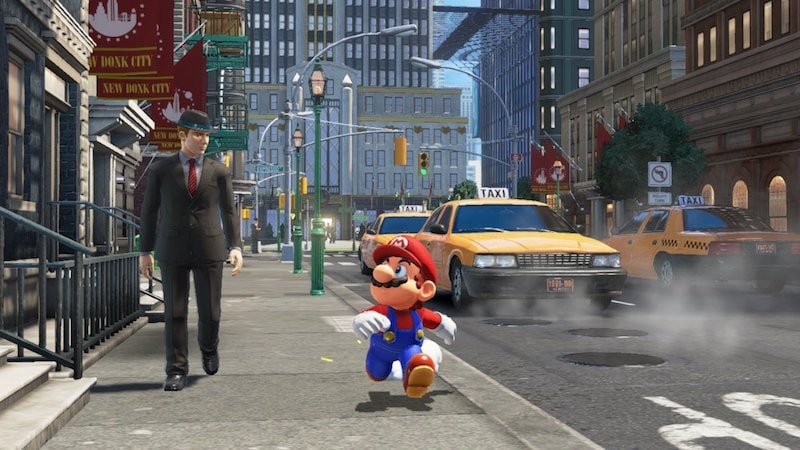 The second launch title announced at the Nintendo Switch event is called Arms. This is a fighting game where every character has long, expandable arms. They use these to punch each other. Each player uses two Joy Cons to attack, move, and defend. The wrist straps on each Joy Con will be vital to this game if you want to avoid throwing the controller around.

The star of the show, however, was Legend of Zelda: Breath of the Wild. The latest Zelda game will also release on March 3, 2017. Zelda is an adventure game franchise with a massive following in countries where Nintendo consoles have been available. The announcement was made right at the end of the Nintendo Switch event with an awesome trailer to accompany it.

Plenty of other games were unveiled at the Nintendo Switch event but these may not be here anytime soon. The biggest announcements were of Super Mario Odyssey and Splatoon 2. Super Mario Odyssey is a Mario game where the most popular Nintendo character leaves the Mushroom Kingdom and sets out on an epic adventure. He has a cap with eyes that helps him on this journey. Based on the demo, it looks like Mario can use the cap to jump across vast chasms among other things. This game will be available in holiday 2017, which means the end of the year. Yes, it's going to be a long wait.

The line up does look exciting but we will have to wait for quite some time for some of these titles to show up. At launch, having Arms, 1 2 Switch, and Legend of Zelda: Breath of the Wild is sure to please Nintendo fans big time. Plenty of details about the UI were left out of the Nintendo Switch event event and we look forward to bringing you more details as they become available.