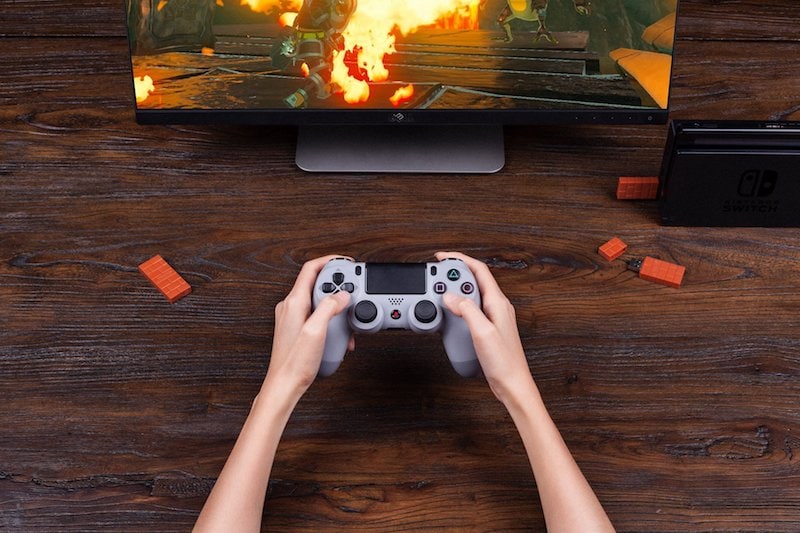 With the ongoing success of the Nintendo Switch, it’s no surprise that we’re seeing a slew of peripherals for the console. In fact, it’s something Nintendo is counting on to extend its lifespan.

What the Kyoto-based company may have not planned for is a USB adapter that lets you use a PS4 controller with the Nintendo Switch. Accessories manufacturer 8bitdo has released the 8Bitdo Wireless USB Adapter which lets you just that.

Nintendo Switch Turns One - Should You Buy It Now?

Furthermore, you can use the 8Bitdo Wireless USB Adapter with Windows, Mac, Android TV, Raspberry Pi, and Retrofreak devices, meaning you have multiple ways to use your existing controllers across multiple platforms even if you don’t own a Nintendo Switch and have no plans to get one.

Though we’d suspect that the 8Bitdo Wireless USB Adapter would see the most use from someone who has accessories for the Wii and Wii U that can now be used on the Nintendo Switch.

The 8Bitdo Wireless USB Adapter price is $20 (around Rs. 1,300) and is available on Amazon at the moment. If you live outside the US, you can try importing with our handy guide.