Nintendo Says Nearly Half of All Switch Users Have Downloaded Fortnite 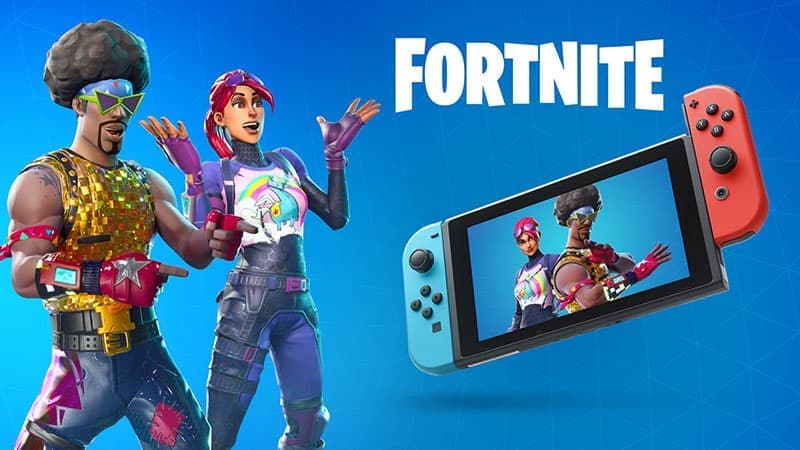 Fortnite Nintendo Switch version was launch in June this year

Epic Games started the distribution of the Nintendo Switch version of Fortnite Battle Royale earlier this year in June. Ever since then, the company has released various software updates to fix issues, bring improvements and introduce new features. Now, nearly six months later, Nintendo has announced that the game has gained so much momentum that it has been downloaded to nearly half of all Nintendo Switch systems worldwide. In its six months financial results briefing for fiscal year ending March 2019, Nintendo states that the console sell-through was almost 18 million as of September 2018 (Japan, US, Europe only).

This means that Fortnite Nintendo Switch version has attracted at least 9 million downloads, if not more. This number holds true when we take into consideration only Japan, US, and Europe sell-through numbers, and it will obviously be more if we consider worldwide units sold. The 9 million downloads number itself is pretty impressive, given that the game has been live on Nintendo eShop for only six months. "Distribution of the Nintendo Switch version of Fortnite Battle Royale from Epic Games began during E3 this past June, and since then it has shown up everywhere, not just in the US and Europe but also in Japan. It has gained so much momentum that it has been downloaded to nearly half of all Nintendo Switch systems worldwide. Many people continue to play the game, boosting the overall utilisation ratio of Nintendo Switch. Nintendo Switch is unique in that people can bring their consoles with them so they can communicate while playing at a friend's house or elsewhere," Company President, Shuntaro Furukawa, said in the presentation.

The company is also looking to rake in more sales with the help of additional special Nintendo Switch bundles, like releasing special packages of Nintendo Switch bundled with Fortnite Battle Royale or Diablo III: Eternal Collection in markets outside of Japan for the holiday season. In the report, Nintendo also states that as of October 2018, there are over 1,300 titles on eShop from over 500 companies. It also states that there was a combined sell-through of roughly 6 million systems in Japan, the US, and Europe over the course of January to September this year.