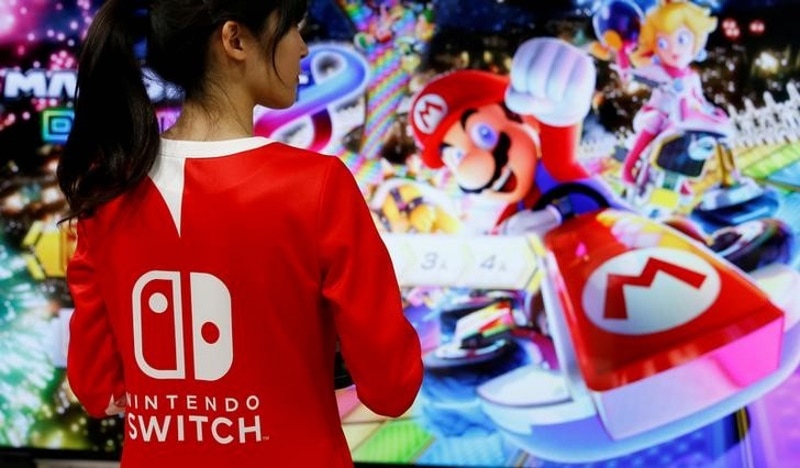 Japanese videogames maker Nintendo Co Ltd on Tuesday said revenue from its nascent mobile gaming division helped it book its first profit in four quarters, but blunted the announcement with a one-third cut to its full-year outlook.

For the year ending March, Nintendo cut its operating profit forecast to JPY 20 billion from JPY 30 billion due to lower game software downloads for its consoles.

Nevertheless, projected income from investments and a weaker yen allowed it to almost double its net profit forecast to JPY 90 billion.

In the nine months through December, the games maker said it earned about JPY 10.7 billion from mobile gaming, accessories and related merchandise, including from its first Nintendo-branded mobile game, Super Mario Run. The figure was up from JPY 4.4 billion in the same period a year earlier.

But the game has also received a high number of reviews from users complaining mainly about its $9.99 one-time cost, with less than 10 percent of users paying to unlock all features. Most mobile games are free to play and charge small payments for special features.

Nintendo also earns profit from mobile game Pokemon Go through investment in developers Pokemon Co and Niantic Inc. For April-December, that profit was around JPY 16 billion.

Nintendo has said it plans to release around 3 mobile games a year, with two titles - Animal Crossing and Fire Emblem - planned for the coming months.

Still, it continues to regard mobile gaming primarily as a means of luring players to its mainstay consoles.

It will release its Switch hybrid home console and handheld device on March 3 and expects to ship 2 million units by the end of that month.

Nintendo's president, Tatsumi Kimishima, said at a news briefing on Tuesday that the games maker plans to move up production plans to meet orders.