Nintendo returns to profit, lowers sales forecasts for Wii U 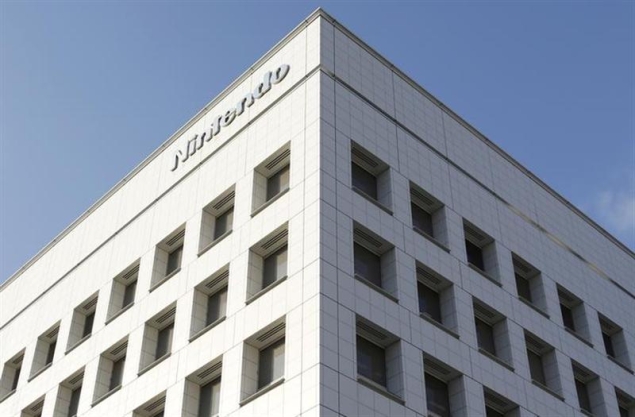 Japanese video game maker Nintendo Co. returned to the black for the first nine months of its business year and more than doubled its profit forecast for the full year, getting a perk from a weaker yen, despite pessimism about sales prospects.

Nintendo raised its profit forecast for the business year through March 2013 to 14 billion yen ($154 million) from 6 billion yen ($66 million). The dollar has strengthened about 14 percent against the yen in the past three months on expectations a new government would relax monetary policy to boost Japan's moribund economy.

But Nintendo, which didn't break down quarterly results, isn't upbeat about its sales prospects and lowered its full year sales forecast to 670 billion yen ($7.4 billion) from 810 billion yen ($8.9 billion).

Game machines have taken a beating from the proliferation of smartphones and tablets that also offer games and other entertainment, competing for people's leisure time. Some analysts say the global market for game machines is saturated with offerings from Nintendo, Microsoft Corp., Sony Corp. and others.

Nintendo spokesman Makoto Wakae said sales had gone relatively well during the key holiday shopping season late last year, but that was quickly running out of momentum. The company expects to post an operating loss for the year ending March 2013, the second straight year of operating losses, he said.

The company forecasts it will sell 4 million Wii U consoles for the fiscal year, down from its earlier estimate of 5.5 million units. The Wii U, which went on sale late last year, was the first major new game console to arrive in stores in years.

Nintendo, also behind the Donkey Kong and Zelda games, lowered its full year sales forecast for Wii U game software units to 16 million from 24 million.

Nintendo's success was rooted in its appeal to so-called casual gamers, but they may be the kind of people for whom smartphones and iPads are proving attractive alternatives.

What's coming as a godsend for Nintendo is the weakening yen, against both the dollar and the euro, as that helps raise the value of its overseas earnings. Currency gains for the period totaled 22 billion yen ($242 million), according to Nintendo.

Nintendo has a lot riding on the Wii U, which has a touch-screen tablet controller called GamePad and a TV-watching feature called TVii. Nintendo said it sold 3 million Wii U machines so far around the world.

Nintendo sank into a loss the previous fiscal year largely because of price cuts for its hand-held 3DS game machine, which shows three-dimensional imagery without special glasses. It has sold nearly 30 million 3DS machines so far.