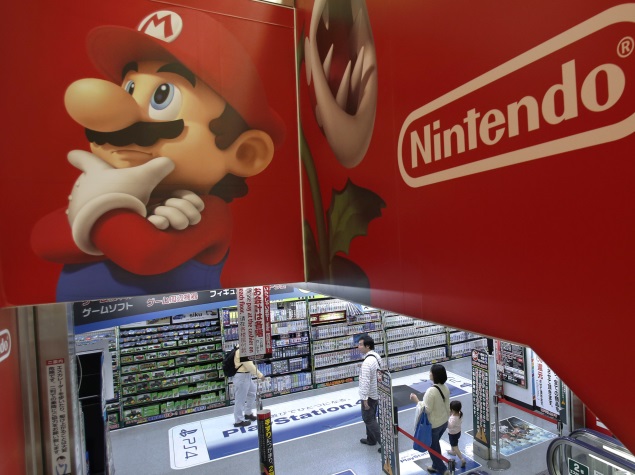 Japanese videogame giant Nintendo on Wednesday posted a $97 million quarterly net loss, with higher costs tied to sales of its Wii U console digging into its bottom line while sales weakened.

The shortfall comes after the firm logged its third straight year of operating losses, underscoring the challenges faced by the one-time industry titan.

The maker of the Super Mario and Pokemon franchises has fallen on hard times in recent years, piling up losses as rivals Sony and Microsoft outpaced it in console sales.

All three companies are also fighting off a trend toward cheap or sometimes free downloadable games for smartphones and other mobile devices.

On Wednesday, Kyoto-based Nintendo said its net loss for the three months through June came in at JPY 9.92 billion ($97.14 million) on sales of JPY 74.70 billion, down 8.4 percent from a year earlier

Nintendo said it sold 510,000 Wii U consoles globally in the quarter, well up from 160,000 units in the same quarter last year.

The boost was largely thanks to the launch of the newest instalment of its popular racing game, "Mario Kart 8", which sold 2.82 million units in the quarter, it said.

"'Mario Kart 8', with a good start in sales, has contributed to a gain in momentum for the Wii U platform business," the company said.

But the company suffered an operating loss as marketing and other expenses dragged it into the red, it said.

Lacklustre demand for the unit saw the firm move 2.72 million units globally during the past fiscal year, less than a third of its earlier prediction for 9.0 million and dealing a blow to hopes it would match the blockbuster success of the original Wii.

"Nintendo can't expect much from the Wii U since its performance has failed to match company forecasts," said Hideki Yasuda, an analyst at Ace Research Institute in Tokyo. "The Christmas and year-end sales season is going to be crucial."

Despite the weak earnings, Nintendo left unchanged its forecast for a JPY 20 billion net profit on sales of JPY 590 billion for the year to March 2015.

"For the year-end sales season, which is the biggest sales season of the year, we expect to expand sales by releasing key titles and launching new products," it said.

Nintendo scratched its way back to net profit in fiscal 2012 thanks to a sharply weaker yen, which inflates Japanese firms' repatriated profits.

But the company booked a net loss in its latest fiscal year, as dismal sales of its Wii U console during the crucial Christmas holiday period dented results.

In January, company president Satoru Iwata said he would slash his salary in half for five months to atone for the downturn.

Among the key criticisms levelled at Nintendo has been its longstanding refusal to license some of its iconic brands for use on mobile applications.