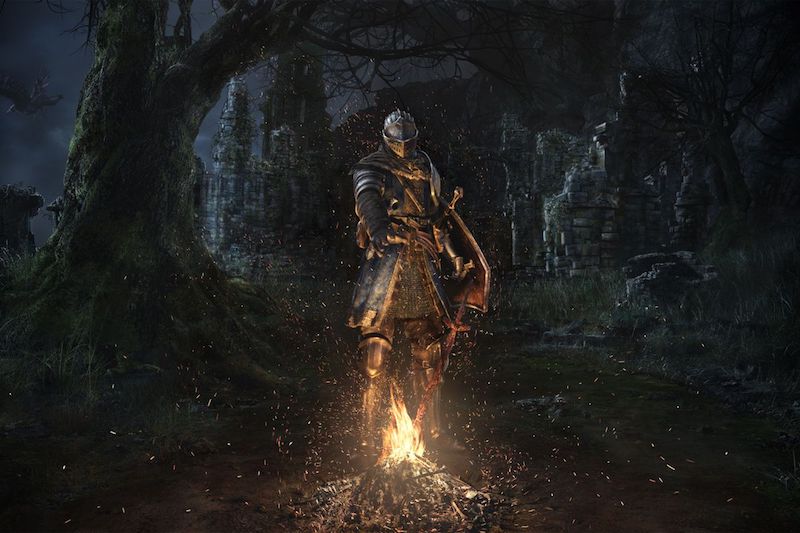 Dark Souls: Remastered
As the name suggests, this is an updated version of the action role-playing game classic. It’s the first time a game in the Souls series has made it to a Nintendo console. There’s an improved frame rate and resolution as well as the Artorias of the Abyss DLC included. It will cost $40 (around Rs. 2,550). Dark Souls: Remastered release date is May 25.

Mario Tennis Aces
Like Nintendo’s past consoles, the Nintendo Switch gets a Mario Tennis game. This time, there’s a story mode complete with missions and boss battles. Not since the days of the Game Boy Advance has Nintendo done this. Expect classic characters from the Mushroom Kingdom to take to the court when this is out in spring this year and will be priced at $60 (roughly Rs. 3,825)

Kirby Star Allies
The debut of everyone’s favourite pink blob sees new abilities that let you cast spider webs, hurl hearts at enemies to have them join your team, and up to four friends can join in for this epic adventure. Kirby Star Allies release date is March 16 and is priced at $60 (roughly Rs. 3,825)

Hyrule Warriors: Definitive Edition
This action game set in the Zelda universe takes all the characters, maps, and missions from its Wii U and 3DS outings complete with all its paid downloadable content. Plus there’s new costumes for Link and Zelda based on The Legend of Zelda: Breath of the Wild. No date for Hyrule Warriors: Definitive Edition has been set aside from a spring release window.

SNK Heroines: Tag Team Frenzy
This fighting game lets you play as iconic heroines from SNK’s history in two-on-two tag-team combat. Special moves can be used with the press of a button and specific items let you turn the tide of battle. Expect it for the Nintendo Switch this summer.

Payday 2
After releasing on the PC, PS3, Xbox 360, PS4, and Xbox One, this co-operative multiplayer shooter graces the Nintendo Switch. There’s local and online co-op, full touch-screen support, and HD rumble to enhance the feel of weapon recoil.

Plus, the Nintendo Switch version of Payday 2 see a new playable character named Joy a Japanese computer whiz who wears a custom LED light mask that changes her appearance as she sees fit. Payday 2 Nintendo Switch release date is February 27.

Fe
This indie platformer has you traipsing through a dark Nordic forest. You’ll run, climb, and glide through its many mysteries and use motion controls of the Joy-Con to sing in tune with creatures and plants to unlock new abilities. Fe release date for the Nintendo Switch is February 16.

Celeste
Another platform for the Nintendo Switch sees you controlling Madeline as she takes on the dangerous Celeste Mountain. There’s Assist Mode which lets you tweak different facets of its difficulty such as pace and damage taken along with B-side chapters that have greater challenges. Celeste release date for the Nintendo Switch is January 25.

This isn’t all. Super Mario Odyssey sees a new mini-game called Balloon World, Mario + Rabbids Kingdom Battle gets Donkey Kong joining the fray as a playable character complete with a new storyline and world, and Pokken Tournament DX gets the Battle Pack that adds new Pokemon and avatar items from January 31.

Coupled with Bayonetta 1 and 2 as well as Dragon Quest Builders slated for a February release, it sees that Nintendo Switch owners have a wealth of choices for what to buy next.