Nintendo is taking a cue from "Skylanders" and "Disney Infinity."

The Japanese gaming giant unveiled a toy figure line called "amiibo" that will work in tandem with its video games like the toys-meet-games franchises from Activision Blizzard Inc. and the Walt Disney Co. The announcement was made in an online video released Tuesday during the Electronic Entertainment Expo, the industry's annual trade show.

"We see 'amiibo' as a brand-new platform for us," Reggie Fils-Aime, president of Nintendo of America, said on the E3 show floor Tuesday morning. "We use the term 'platform' specifically. Today, it's figures. In the future, it could be other things that tie into the near-field communication technology built right into the GamePad."

Similar to Activision's "Skylanders" and "Disney Infinity," the characters' virtual histories will be stored on the plastic figures and transmitted through the Wii U GamePad, the controller for its slow-selling Wii U console that features a touchscreen and NFC capabilities. 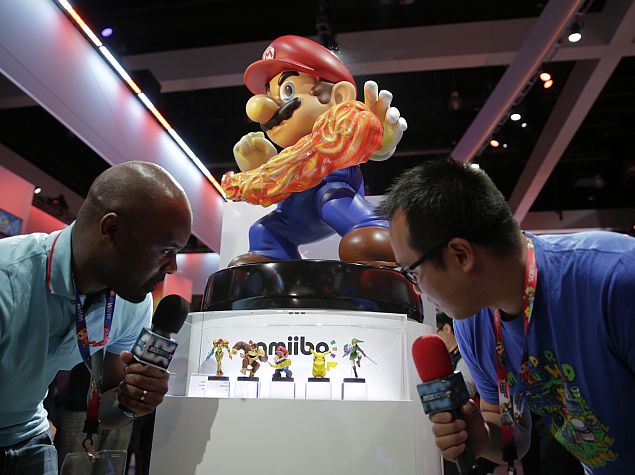 "There's a special chip that's embedded in every figure," said Fils-Aime. "Any Wii U system will recognize the figure by touching them on the Wii U GamePad, and when that happens, they spring to life in compatible games in cool new ways."

The "amiibo" figures, the first of which are due out later this year, will include characters from well-known Nintendo franchises, such as the Villager from "Animal Crossing"; the "Wii Fit" trainer; sword-wielding Link from "The Legend of Zelda"; intergalactic solider Samus Aran from "Metroid"; Pikachu from "Pokemon"; iconic gorilla Donkey Kong; pink shape-shifter Kirby; and Mario, Princess Peach and Yoshi from "Super Mario Bros."

The company said the figures would be compatible with the upcoming Wii U fighting game "Super Smash Bros." and would eventually work with other games, including the recently released racing title "Mario Kart 8" and the forthcoming platformers "Yoshi's Woolly World" and "Captain Toad: Treasure Tracker."

Bill Trinen, product marketing director at Nintendo of America, said the company was working on a peripheral reader scheduled for release next year that would connect the figures to its hand-held Nintendo 3DS system. He said other "amiibo" figures and games are "in the works." The price of the figures and details on which characters would initially be available wasn't announced.

"Combining 'amiibo' with our games opens up a whole range of potential new gameplay experiences," Trinen said. "It's one of the most exciting things that Nintendo is announcing at E3."

For the second year in a row, Nintendo opted against hosting a flashy E3 presentation in Los Angeles and instead streamed videos showcasing the "amiibo" figures and other upcoming games. 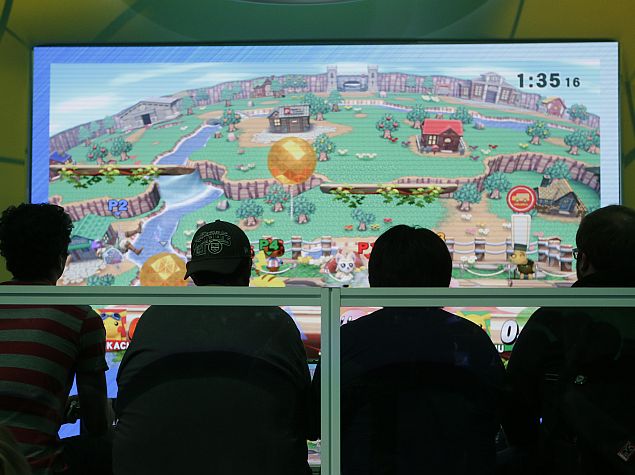 "For us, what we want to do is find great ways to tell our stories," said Fils-Aime. "So much of our content is created by our Japanese developers. We wanted to make sure we could provide consumers a full backstory. A digital event is much more effective than trying to do it in a live press conference."

Nintendo hyped several upcoming games due out later this year for the Wii U and 3DS, including "The Legend of Zelda" battle game "Hyrule Warriors," hack-and-slash sequel "Bayonetta 2," and the "Omega Ruby" and "Alpha Sapphire" installments of the "Pokemon" series.

Other games teased for release in 2015 included the "Super Mario" level-designing game "Mario Maker," online paint shoot-'em-up "Splatoon," sci-fi role-playing game "Xenoblade Chronicles X," cutesy platformer "Kirby and the Rainbow Curse" and a "Legend of Zelda" game for the Wii U set in an open world.

Nintendo Co. could use a boost from new toys and games. Sales of Nintendo's Wii U console have lagged behind the newer PlayStation 4 and Xbox One systems released by Sony Corp. and Microsoft Corp., respectively, last November. Nintendo has sold 6 million consoles since the Wii U was released in 2012, while Microsoft has sold 5 million, and Sony has sold 7 million units in the past six months.