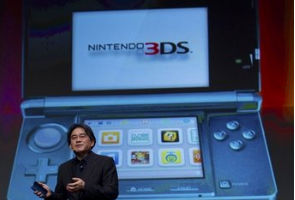 Highlights
With retail video game sales smacked down by the rough economy and ever-growing competition in the crowded social and mobile game marketplace, it seemed like attendees at this week's annual Game Developers Conference were more frustrated than birds catapulted at pigs.

Game designers, programmers and executives from around the world converged at the Moscone Convention Center in hopes of figuring out how to become the next "Angry Birds," the silly top-selling mobile game that pits birds against pigs. Yet many attendees dismissed the mobile platform as The Next Big Thing, noting that selling 99-cent games isn't a dependable way to generate revenue.

"Downloadable games are the future, which is what I keep telling my team when they ask why we don't make any money," joked "Psychonauts" and "Brutal Legend" developer Tim Schafer while hosting the Game Developers Choice Awards on Wednesday. "Just kidding. I blame marketing."

Nintendo president Satoru Iwata said in the conference's keynote speech Wednesday morning that "game development is drowning" because of the rise of cheaply made and priced mobile and social games. He expressed concern that those platforms have "no motivation to maintain the value of gaming" and that they lower gamemakers' ability to make a living.

"We invest a tremendous amount in technology, engineering and in the staff that create these games to maintain that high level of value, so that consumers want this content," said Nintendo of America president Reggie Fils-Aime in an interview afterward. "It's not disposable, and it's something that consumers can enjoy over long periods of time."

Iwata and Fils-Aime also used the speech as a chance to reveal that the Nintendo 3DS, the glasses-free hand-held 3-D gaming device set for release in the U.S. on March 27, would be able to stream Netflix movies and freely connect to more than 10,000 AT&T wi-fi hotspots. Iwata also teased that Nintendo is working on a new "Super Mario" title in 3-D.

Coincidentally, Iwata made his declaration the same day that Apple head honcho Steve Jobs stepped onto a different stage within the massive Moscone Convention Center for the unveiling of the iPad 2, the latest Apple doodad that can -- among other things -- be used to play games. However, Apple's iPad 2 announcement wasn't related to the conference.

The convergence of the gaming and mobile realms was also on display during the U.S. debut of the Xperia Play, Sony Ericsson's gaming-centric smart phone, which features a 4-inch touch-screen and a slide-out controller reminiscent of Sony's PlayStation Portable controls. Instead of dual analog joysticks, it features a pair of sleek round touch-pads.

The smart phone will be available later this month and have about 50 games at launch designed to use the unique controls from such publishers as Electronic Arts, Glu Mobile and Gameloft. The titles include the fighter "Bruce Lee Dragon Warrior" and role-playing game "Dungeon Defenders," as well as a few editions of original PlayStation games.

"It is a smart phone first," said Xperia Play product manager Aaron Duke. "But we wanted to make sure gamers could get the most out of the device. We wanted them to be able to beat it up and treat it like a true game controller. We really feel like we've built a platform where developers can bring real console-quality games to a mobile device."

THQ hyped its shooter "Homefront," which imagines a North Korean invasion of America, by handing out free food from a Korean-themed food truck and hosting a phony political rally Wednesday, which featured the release of thousands of red balloons in the air. Environmental groups complained about the stunt, but THQ said the balloons were biodegradable.