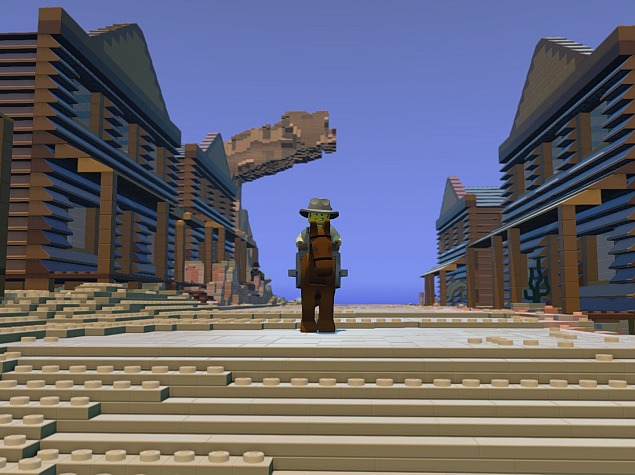 Due to its immense popularity, Minecraft has proved to be in a league of its own. The sandbox survival game, now owned by Microsoft has had more than a few companies worried. One of them is Lego.

While the Denmark-based firm is in a league of its own as well in the toy domain, what Minecraft has done is essentially create the digital equivalent of the toy bricks we all know and love. And it looks like Lego has decided to enter the fray with Lego Worlds. Right now it's PC only via Steam Early Access.

"Lego Worlds embodies the physical, Lego brick-building fun that consumers have enjoyed for decades, on a digital platform that delivers an entirely new type of experience with the beloved bricks," said Tom Stone, Managing Director, TT Games, developer of the game, in a press release. "From the brick-by-brick editor, to discovering an expansive range of items, characters and creatures to populate your worlds - the creative possibilities are endless."

Keep in mind that since the game is in early access, it's missing a few features you might assume would be there. These include multiplayer and much like Nintendo's Amiibos or Disney's Infinity sets, there's a tie-in to physical products, in this case its Lego's construction sets. Right now you can play with a handful of Lego sets, and more would be announced in the future.

For $15 (around Rs. 960) you can check out Lego Worlds on Steam Early Access. Could it replace Minecraft? What do you think? Let us know in the comments.
Affiliate links may be automatically generated - see our ethics statement for details.
Comments