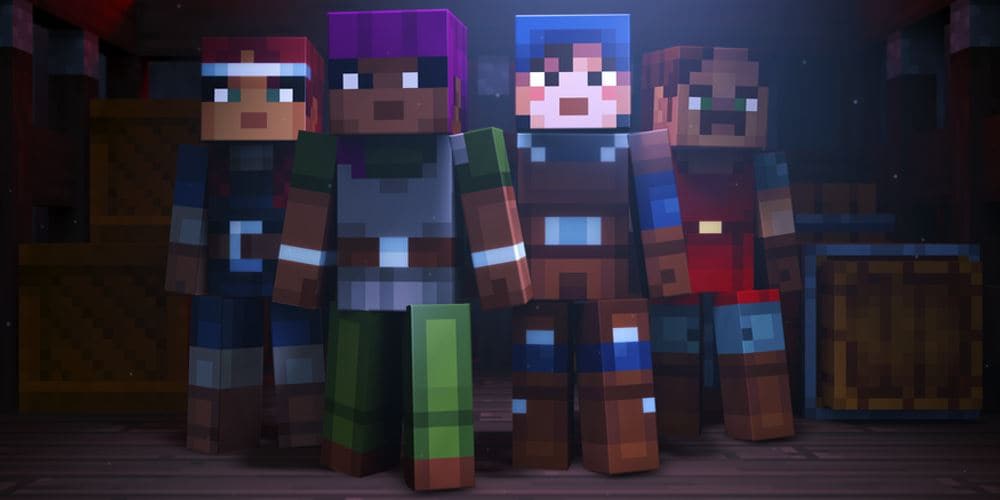 Minecraft developer Mojang has announced a new “action-adventure game inspired by classic dungeon crawlers” for PC: it’s called Minecraft: Dungeons, which is playable solo or with friends cooperatively, up to four players in total. Think of it as Diablo but with Minecraft’s signature blocky characters and object models. It’s being made by a small team at Mojang’s Swedish headquarters in Stockholm and has been described as their “passion project”.

The new game is being built with Unreal Engine and will feature creations from original game in addition to new weapons and items “that will help you defeat a ruthless swarm of new-and-nasty mobs” and new bosses. The game will also have a story. Minecraft: Dungeons was announced at the annual Minecon Earth 2018 conference over the weekend, alongside an update for Minecraft coming early next year and additional add-ons.

Since Minecraft’s early release in 2009, Mojang has released just one new game under that brand – Minecraft: Story Mode in 2015 – which was developed in association with soon-to-be defunct Telltale Games. Aside from that, the Swedish game studio, acquired by Microsoft in 2014 for $2.5 billion, has worked on a few small titles such as free-to-play digital card game Caller’s Bane, side-scroller Cobalt and action title Cobalt WASD, the last two in collaboration with Oxeye Game Studio.

Minecraft: Dungeons will release on PC in 2019. A price hasn’t been announced.