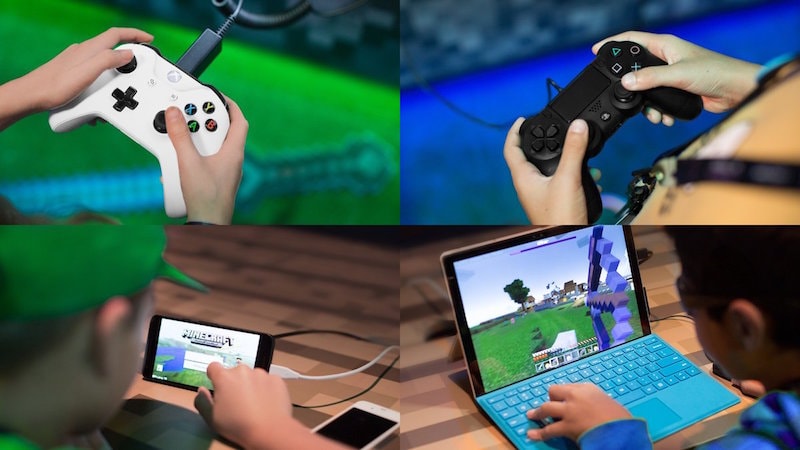 Ahead of Minecon - an annual convention for all things Minecraft, Mojang announced that the game will have full cross-play support between consoles, PC, and mobiles. What this means is, you could play with friends even if you’re on different platforms.

Like always, there’s a catch. In order to do this you’ll need Minecraft Realms which is the company’s paid subscription service. Currently the official site lists Minecraft Realms starting from $3.99 for two friends and $7.99 for 10. It hasn’t been updated yet to reflect this announcement just yet.

(Also see: You Can't Play Rocket League Across PC, PS4, and Xbox One Until Sony Says So)

Furthermore, there’s no telling if platform holders like Sony would agree to this. Reason being, Rocket League which allows for cross-platform play cannot do so until Sony agrees.

With a movie in the works, VR support, mod support for a plethora of devices, and selling around 10,000 copies a day, it seems like the hype around Minecraft is far from over.

It remains popular seven years after its initial release, especially with children as is well known, and the sales numbers were revealed in an article in The New York Time Magazine. Surprisingly though, it seems Minecraft is as popular with adults as well. The average Minecraft player is between the ages of 28 and 29, according to Microsoft, and women constitute 40 percent of the playing demographic.

It has sold 73 million units in total, and stands third behind Tetris and Wii Sports in the all-time list for best-selling video games. Microsoft bought the game's intellectual property and the studio behind it - Mojang - in 2014 for $2.5 billion (roughly Rs. 15,375 crores). Part of the game's appeal has been the use of extensive third-party mods which allow players to customise it as they wish, or build anything from their dreams.