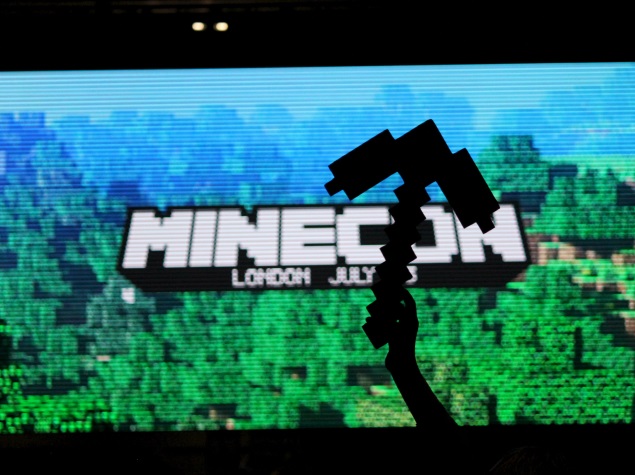 For hours, the dedicated queued on Saturday to carry off a prized autograph or to pose for a selfie with some of the biggest celebrities of a new generation.

Not for them the rock stars or sporting heroes, but video gamers who have won millions of global followers piling up blocks in the Minecraft virtual world and who came to London for the Minecon convention on July 4 and 5.

The 10,000 tickets sold made it the largest ever such event for a single video game. The fact those tickets cost 129 pounds (roughly Rs. 12,600) was a sign of what big business Minecraft has become.

The game, whose developer Mojang was bought by Microsoft last year for $2.5 billion (roughly Rs. 15,894 crores), has done more than any other to influence the way the youngest computer users play and communicate online.

"It seems to be going from strength to strength," said Daniel Middleton, also known as DanTDM, who at 23 has over 6.8 million followers for Minecraft videos on Google's YouTube.

A bit like a virtual Lego set, Minecraft is set in a limitless world in which some choose simply to build and others to fight monsters - and each other.

Released to the public in 2011 with its block-based, somewhat retro graphics, Minecraft has over 100 million registered users across all computers, gaming systems and mobile apps.

"I just love that you can hang out with your friends and just build stuff and just meet new people," said Cody Vansickle, 18, from Ohio in the United States.

Michael Smith, 15, said: "I am the sort of person who doesn't do anything else because I am not very good at sports and I don't like the outside."

Mojang's brand director Lydia Winters gave cheering Minecraft fans a preview of a story mode coming for the game. Unlike many video games, it has so far lacked a specific story plot for players to follow.

Tickets for Minecon sold out within hours when they went on sale in March.

In an exhibition centre away from the blue summer sky, the most devoted followers carried foam swords and pickaxes, replicas of those in Minecraft, as they played games and sought to at least glimpse their heroes.

"I don't think about when it's going to end if it does at all," said professional gamer Middleton. "It's my full-time job."

When a Selfie Is Not Enough: India Abuzz Over 'Velfie' Craze
Isro to Launch 5 British Satellites on Friday