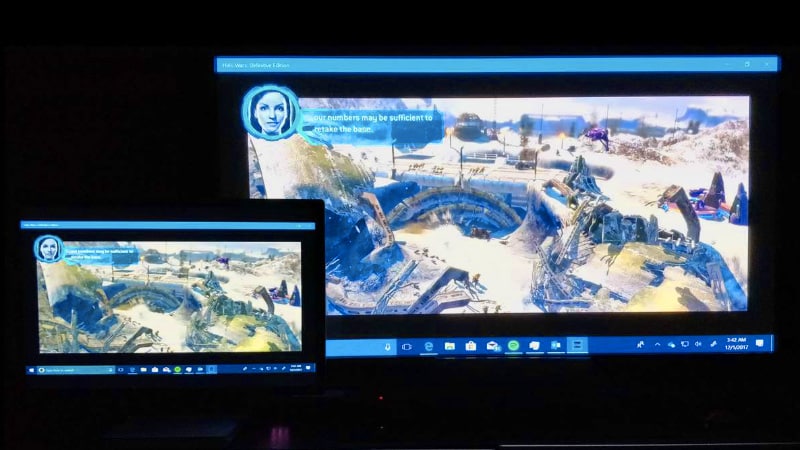 Besides PC, the Xbox One can now also cast from Android devices.

You've had the resources to stream Xbox One games to a Windows 10 PC for a while now, but a recent update to the Wireless Display app now lets you stream your PC games to an Xbox One. The Wireless Display app was originally launched as Connect on Windows, for the purpose of connecting a PC to the Microsoft Surface Hub. Now with the new update Microsoft has added Xbox One support, allowing you to not only stream games from a PC, but also use your Xbox One's controller to play it.

For this to work, you'll need to install the Wireless Display app on your PC and Xbox One console. Once done, you'll see the option to cast your PC screen on to the TV that's connected to your console.

Besides games, the cast feature adds other streaming functionality as well to the Xbox One like playing video clips or opening photos from your PC, and mirroring the Microsoft Edge browser. The Xbox One controller acts as a mouse or keyboard, allowing you to remotely navigate and run programs on your PC.

You can also stream Android games to your TV using the app, but that doesn't come with controller support.

It's worth noting that you won't be able to use some video streaming services when casting from your PC to the Xbox One. Also, Xbox One received support for wireless keyboard and mouse late last year, so it is possible that a future update may bring that functionality to PC streaming as well.