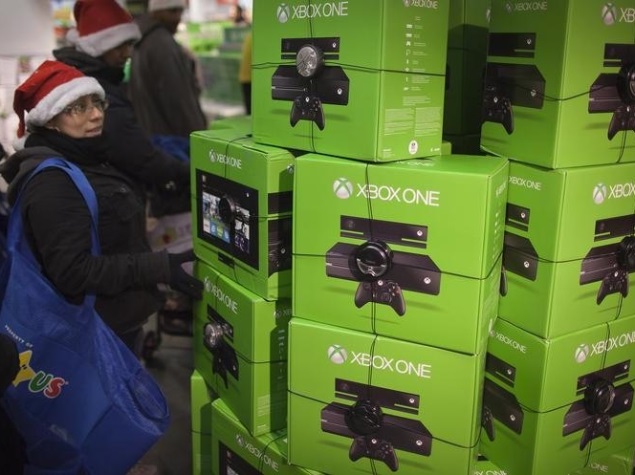 Microsoft Corp has sold over 5 million Xbox One video game consoles to retailers since its launch in November, the company said on Thursday.

In January, the U.S. software company said Xbox One sales had crossed three million as of the end of 2013.

The console went on sale on Nov. 22 in 13 countries, including the United States, United Kingdom and Australia, a week before rival Sony Corp's PlayStation 4 was released. To fire up sales, Microsoft last month began offering a $450 bundle that included the console and the exclusive shooter game "Titanfall" from Electronic Arts Inc.

Sony Corp said on Wednesday it sold more than 7 million PlayStation 4 videogame consoles in just over four months to April 6, double the number of the older version, PlayStation 3, sold in about the same time frame after its launch.

Sony is struggling to keep pace with demand for the videogame console, the Japanese company said in a statement.

"Although we are still facing difficulties keeping up with the strong demand worldwide, we remain steadfast in our commitment to meet the needs of our customers," Andrew House, president and group chief executive officer of Sony Computer Entertainment, said in the statement.

Sales have outpaced those of PlayStation 3, which sold 3.5 million units between its launch in November 2006 and the end of March 2007, a Sony spokeswoman said.

The $399 PlayStation 4 went on sale on Nov. 29 in the United States, Western Europe and Latin America, around the same time that rival Microsoft Corp's Xbox One was released.

Gamers can expect to have a choice of 120 PlayStation 4 titles in 2014, including "Destiny" from Activision Blizzard Inc and "NBA 2K15" from Take-Two Interactive Software Inc, according to the statement.