Microsoft has revealed the Xbox Adaptive Controller for Xbox One and Windows 10 PC. As the name suggests it's designed for accessibility and targets gamers with limited mobility. This follows Microsoft's past attempts at bringing gaming to all possible audiences. Previously it launched a co-pilot control scheme that lets you access certain elements of the game  while someone else manages the rest. The Xbox Adaptive Controller was made to ensure gamers who may not be able to reach all bumpers and triggers or hold a controller for long period of time can be catered to. No release date for the Xbox Adaptive Controller has been announced yet but it will sport a $99.99 price tag (around Rs. 6,800) and be available exclusively via the Microsoft Store in the US. No India availability has been announced just yet either.

The Xbox Adaptive Controller was made in collaboration with several organisations including  The AbleGamers Charity, The Cerebral Palsy Foundation, Craig Hospital, SpecialEffect, and Warfighter Engaged. Xbox boss Phil Spencer took to the official Xbox website to explain the development process. 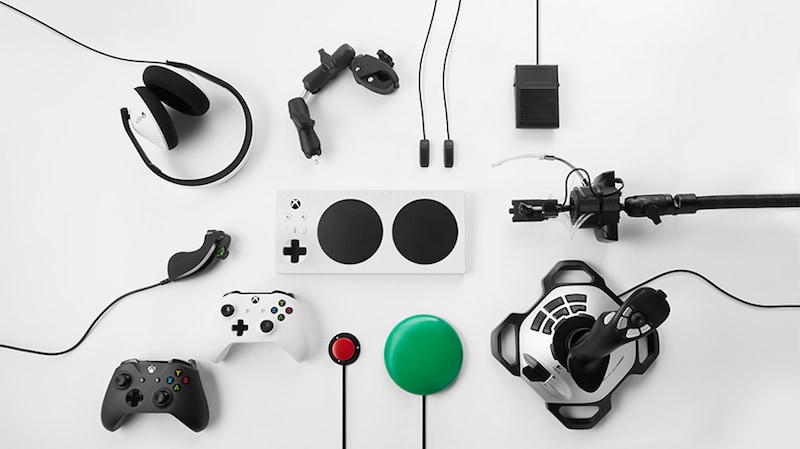 "We worked closely with them and directly with gamers who have limited mobility to assist in our development.  Our goal was to make the device as adaptable as possible, so gamers can create a setup that works for them in a way that is plug-and-play, extensible, and affordable,"Spencer's post reads.

In addition to working with common adaptive switches that gamers with limited mobility may already have, there are two large buttons built in. They can be reprogrammed to act as any of the standard controller’s button inputs via the Xbox Accessories app.