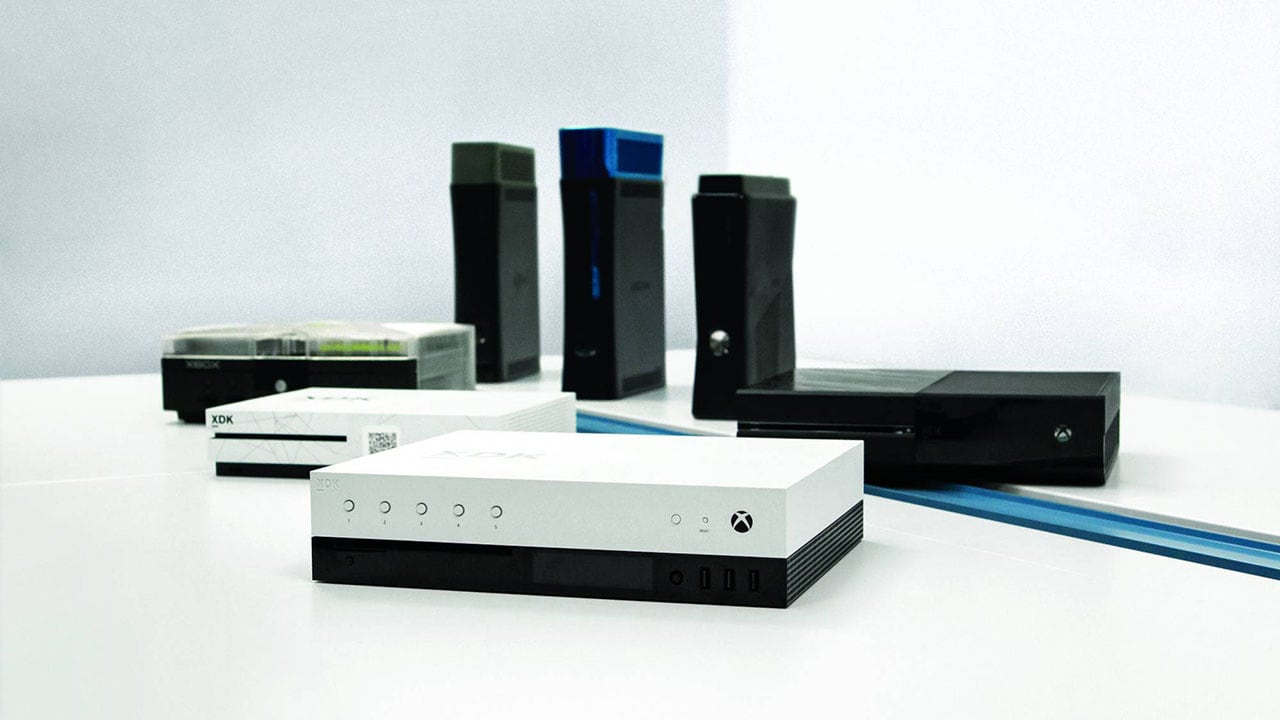 Microsoft has revealed what the Project Scorpio dev kit looks like, thanks to a new report.

Gamasutra visited the company’s Xbox division to talk with head Phil Spencer, and it has published a few images that show what will be shipping out to developers in a few weeks. It looks like it’s been modelled after the Xbox One S, just larger with a black expansion on the bottom, and with many more buttons on the front.

It also includes a real-time clock, a battery backup, an OLED screen on the front, and five programmable buttons, as before. The screen is there so Xbox games developers can see important info like frames per second right on the front. The Project Scorpio dev kit also comes with three additional USB ports, and a network card for debug information.

Microsoft has also made the Project Scorpio dev kit more powerful than the retail unit. It’s got a faster GPU, double the amount of RAM at 24GB, and a 1TB SSD on top of the 1TB HDD that consumers will get. It even comes with a special high-speed transfer cable, which can send 100GB of data in four minutes.

Plus, the dev kit has its vents on the sides, so developers don’t have to worry about stacking them on top of each other. Microsoft said it has seen studios use Lego blocks to create gaps for air circulation, which is what prompted the change.

With all that additional hardware, you can bet that the final Project Scorpio will look much different. But what’s clear, at the same time, is that Microsoft is sticking to the Xbox One S design aesthetic.

We’ll find out exactly how close when the new Xbox is revealed at Microsoft’s E3 conference in June.