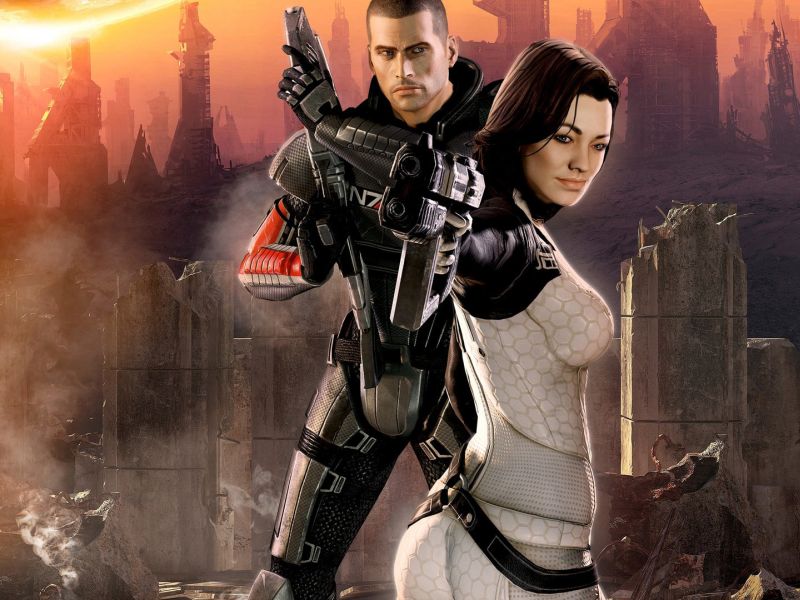 Mass Effect 2, a 2010 sci-fi action role-playing game, has inspired an unofficial, possibly fan-made campaign video for Donald Trump. Dubbed as Trump Effect, it was first uploaded on Vidme only to find its way onto YouTube and tweeted by Trump's official Twitter account soon after. The only other video posted by the original uploader (who incidentally goes by the handle of trumpeffect) is an anti-Ted Cruz montage.

"We're at war. No one wants to admit it but humanity's under attack. One very specific man might be all that stands between Humanity and the greatest threat of our brief existence," says Martin Sheen's voiceover, evidently taken from this Mass Effect 2 trailer. Sheen played a pivotal role in the game as the Illusive Man, one of the series' more nuanced characters.

This wasn't the only thing the campaign video borrowed, even the trailer's music which was from production company Two Steps from Hell was used too.

The video juxtaposes Sheen's voice and the background music from Mass Effect 2's trailer with a combination of fireworks, bald eagles, and American flags, in addition to the all but obvious inclusion of a fiery speech from Trump: "We are gonna become rich again. We are gonna become great again. We're gonna turn it around fast. Nobody's gonna tell us what to do."

In the past YouTube has claimed that its content takedowns can't be stopped and will infact, be more frictionless. It will be interesting to see how soon before Electronic Arts - the company behind Mass Effect 2 decides to request a takedown, if at all.