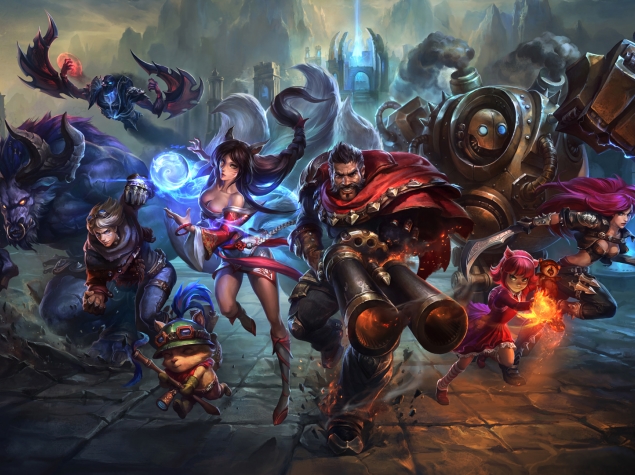 In front of a rapt audience in a Los Angeles film lot, Krepo hooks an enemy with his scythe and harvests virtual souls with a signature move called a "death sentence".

The grim scene played out time and again as Krepo and his Evil Geniuses team battled to victory in a "League of Legends" computer game match broadcast to viewers around the world.

After the triumph, Krepo - a 23-year-old Belgian whose real name is Mitch Voorspoels and plays the game as the dreaded character Thresh - was swarmed by fans hungry for autographs and photos.

Welcome to the booming world of "eSports," where seemingly sun-starved players compete with their wits and a few mouse clicks.

"Professional gaming has been trying for years and years to catch on and now it is suddenly spreading like wildfire," said long-time game analyst Scott Steinberg, now general manager of Phoenix Online Publishing.

League play with characters such as mages, assassins, and marksmen is so visually compelling and action-packed that it is a natural for online viewing, according to Steinberg.

Celebrity status
League of Legends is the king of the hot trend in videogame play as a spectator sport, complete with sold-out stadiums and fans camping all night for tickets to matches.

"Playing League has earned us a bit of celebrity status," Voorspoels said after stepping away from a sea of adorers. "I don't think that is something any pro player dreamed of at the start." 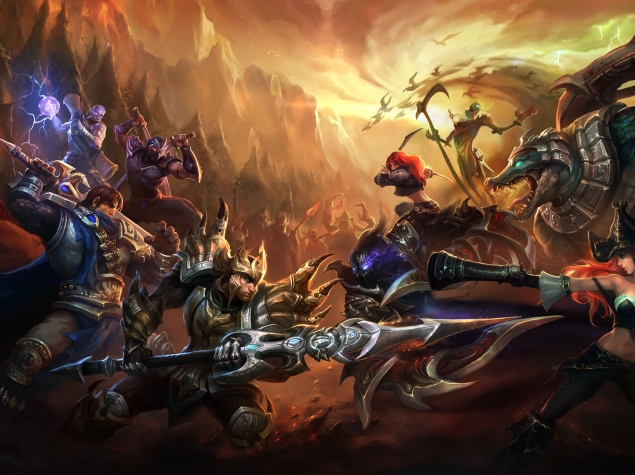 Voorspoels began playing League while at university in Belgium because it is free, and online bouts - in which teams of five players each battle to capture opponents' bases - last about as long as a decent study break.

"Basically, it is a 30- to 40-minute slaughter of people trying to kill each other to get to the other base," Voorspoels said. "On the best level, it becomes a chess match - you want to outsmart your opponents."

The diversion from studying engineering became a priority. Voorspoels quit school to play League for a living.

Coca-Cola recently became a backer of the League championship series run by Riot Games, the company behind the eSport sensation.

"Some games are like movies, and some are like amusement parks," Riot Games co-founder and chief Brandon Beck said in a statement. 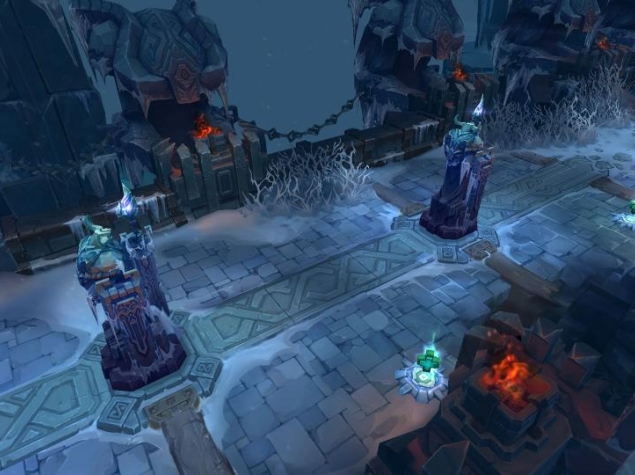 Last year, the US State Department began letting League players train and compete here under the same type of work visas provided to athletes in soccer, baseball and other pro sports.

Voorspoels's international team lives in a house on the Los Angeles coast, not far from the headquarters of Riot Games. A live-in coach keeps them battle-ready.

"The first years, it was rough, a risk, but as time has gone by it has exploded," Voorspoels said of going pro.

Million-dollar prize
League seasons culminate with top teams from North America, Europe, and Asia fighting for the crown and a top prize of $1 million. Players and fans depict the South Korean teams as undisputed "gods" of eSports.

The League championship at the roughly 18,000-seat Staples Center in Los Angeles sold out last year in an hour.

Matches play out on stage, with team members sitting game show-style at computers and giant monitors displaying close-ups of their faces and imagery of clashes on the virtual battlefield. 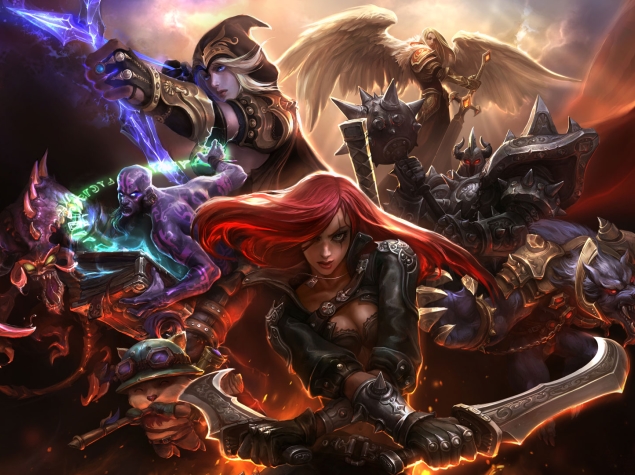 He described the League viewing audience as something television or cable shows might envy.

"Big moments happen in team skirmishes that allow for big plays and stars to arise," Scott told AFP. "That is a big reason League has taken off as an eSport."

Shoutcasters
Shoutcasters, all former players, do "an awesome job" of keeping spectators up on what is happening, Scott said.

"I know the thrill of an open back door and the pain of a lost baron fight. There is a lot going on for me when I watch League."

More than 67 million people play League every month, with the number taking part simultaneously during peak times topping 7.5 million, according to Riot, in which Chinese Internet titan Tencent has a majority stake.

A pro League player's career might typically last three years or so. Shrewd competitors can bankroll their studies or other endeavors, according to Voorspoels, who hopes to become an eSport commentator.

"Pro gaming is pretty cutthroat; there are a lot of people who want to take your job," Voorspoels said. "So there is a lot of pressure, especially if you have a losing streak."