John Romero on Breaking Into Gaming, His Favourite Game, and More 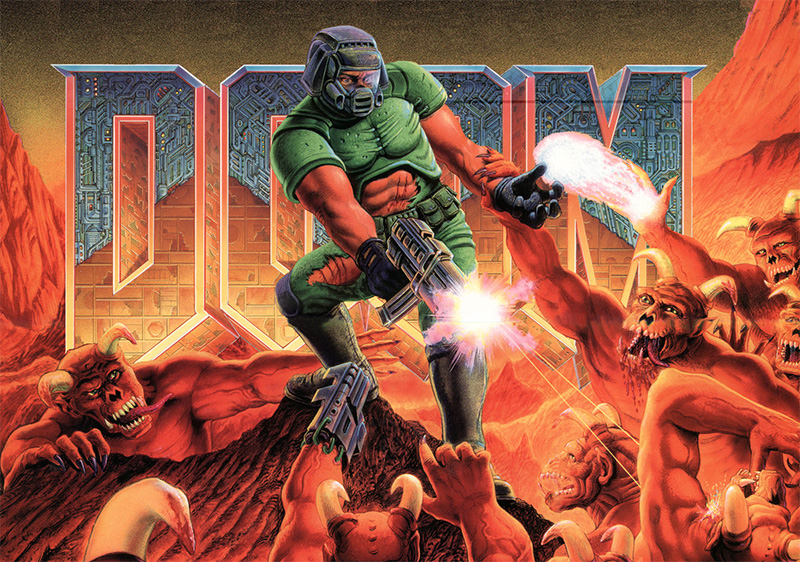 John Romero, co-founder of id Software and the designer brain behind games such as Wolfenstein 3D, Doom, and Quake, took to popular Q&A website Quora on Wednesday night to answer fans' questions on everything from his all-time favourite game to how he came up with the word "deathmatch".

Romero's first job in the industry came in 1987 after almost a decade of creating games on his own. And on the topic of breaking into the industry today, he said: "I would do it exactly the same way I did it in 1987: spend years at home getting good at something, attend an industry event, choose a company I want to work at, network with employees at the company, and constantly work to get in the door there."

His most popular answer of the night - or the most "upvoted" in Quora-speak - was on the skills a game programmer should have.

"First, you must know C++. Know how to properly debug your code. Be able to architect game systems intelligently, i.e., look at how other similar systems have been implemented and work that design into your game," Romero said. He added that it was also important to be focused on the work you're doing, and make sure you follow through with it right to the end.

Discussing his favourite games of all-time, Romero noted that he couldn't pick one out of the three he loved most: World of Warcraft, Chrono Trigger, and Ghost Recon. As for the games he was playing currently, he mentioned Hearthstone: Heroes of Warcraft, Hitman: Sniper, Fallout Shelter, and Drop 7 among others. He is "getting close to playing Fallout 4" but that entails buying a PC which he hasn't done since 2007.

The word "deathmatch" was invented in the walk between John Carmack's office - a fellow co-founder at id Software and now CTO at Oculus VR - and his own, Romero remarked.

"[I was] thinking about what I wanted to call the gameplay where two players were killing each other. I thought about a Cage Match, but it was in a level. You fight to the death, to a certain number of deaths. Deathmatch sounded right," he said.

Romero also mentioned that he's excited to play the remake of Doom, has no interest in virtual reality for video gaming, and thinks augmented reality has "more practical use".

And if you're wondering when Romero will visit India, he said there weren't any plans as of now "but it will happen someday".

Asus to Ship Smartphones With Adblock Plus Enabled by Default in 2016
Samsung Will Focus on Mid-Range and Budget Smartphones in 2016: Report