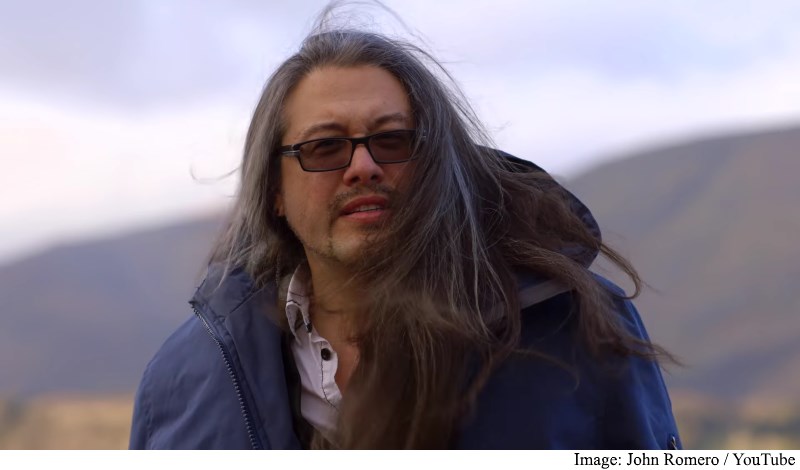 John Romero, co-founder of id Software and the designer brain behind games such as Wolfenstein 3D, Doom, and Quake, released a video via his personal YouTube channel that serves as concrete proof of his return to the gaming industry.

The video, apart from being a complete imitation of the last scene from Star Wars: Episode VII, ends with text pointing to a further announcement on Monday, April 25 and directs viewers to the website for Night Work Games. The website is registered under the name of Alfonso Romero, his birth name.

(Also see: John Romero on Breaking Into Gaming, His Favourite Game, and More)

The website - in the form of an almost unreadable font - has this to say: "A new First-Person Shooter [sic] is being built at Night Work Games Ltd. in Galway, Ireland".

Galway incidentally is also where the Romero family resides, which also probably served as the setting for the video. For what it's worth, the real scene with Daisy Ridley and Mark Hamill was shot in Ireland too, albeit on an island miles off the country's coast. It starts with Adrian Carmack being introduced as co-creator of Doom and Quake, before he begins to chart his way up the untouched slopes of Irish hills. He comes across a man in a hood, who slowly turns around to reveal himself to be Luke Skywalker. No sorry, we mean John Romero.

And instead of the lightsaber that Rey offered to Luke, Carmack presents a wired mouse and keyboard to Romero, not a weapon in itself but staple tools for any game designer.

It is clearly inspired by The Force Awakens - including the background music - and a transition to boot with an iris round closing out towards the end.

Romero had hinted towards a new project earlier, and fans don't need to wait too long to find out more.