Is a new PlayStation 3 on the cards? 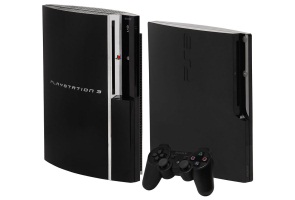 A new PS3 seems to be in the works, as suggested by a document handed over to the Federal Communications Commission (FCC).

The independent US government agency, which regulates communications by radio, television, wire, satellite and cable, has received a submission from Sony Entertainment Limited with a listing for two new PlayStation models - the CECH-4000A and CECH-4000B.

The current PlayStation 3 in the market has a model filing number of CECH-3000. The numerical change in the first number indicates a higher series of 4000 being manufactured. Since this time the dimensions of the product being filed have not been revealed, the gaming world is abuzz with speculations of a thinner PS3 in the works.

The smaller and more energy efficient PS3 Slim was announced at Gamescom way back in August 2009. Recently however, rumours have been circulating that Sony intends to release a newer model of the PS3 designed to take advantage that have transitioned late.

Sony has already released a thinner PS3, but Eurogamer believes that an even slimmer PS3 is on the cards, with an announcement planned for Gamescom next month. The PS2 also received a similar update of a thinner edition near the end of its lifespan, so perhaps Sony wants to squeeze out the last few remaining dollar before its next-generation console launch.

The buzz on the street nowadays is the new PS4, which is rumoured to be known as the "Orbis", said to will feature one of AMD's x64 processors plus discrete Radeon graphics. The Orbis is said to be able to display a resolution of 4096X2160, and can play 3D games at 1080p. But with the PS3 in its sixth year of manufacture, Sony may refine its current model before paving the way for the new PS4.

Regardless, while attempting to sift through various pieces of gossip to separate fact from fiction, the conclusion is that any numbers of speculations may turn out to be true. But one thing is for certain, a newer version of the PS3 is definitely in the makes. What it is and what features it will entail will hopefully be revealed during Gamescom which is happening the following month.