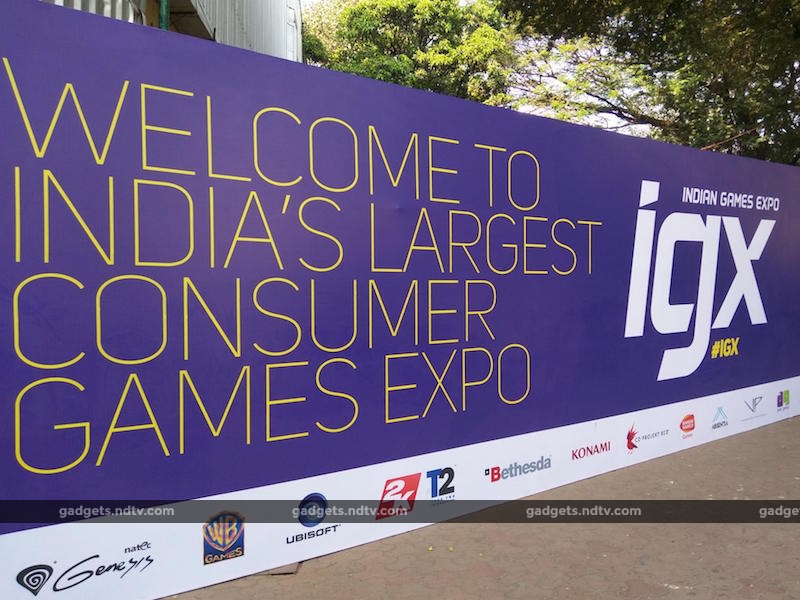 Last year, IGX or Indian Games Expo was touted to be India's first game expo. It took place in Mumbai for two days from November 14 and 15. While the claim of it being the first is debatable, what with Sony's PlayStation Experience event making its debut in 2007, it's returning for a second outing this year. This time it's a month ahead on October 15 and 16. There's a change of venue as well. While it will remain in Mumbai, last year's Bombay Exhibition Centre in Goregaon gives way to the World Trade Centre in Cuffe Parade.

While we're yet to hear which gaming companies take part this year, it's safe to say we'll see the likes of Sony, Warner Bros, Ubisoft, Bethesda, and others making a return.

In addition to this, you can expect the focus to remain on making games playable instead of hardcore competition. It's not like last year did not see any competitive gaming, there will be a few tournaments, but it won't be headlining the event. Furthermore, you can also assume the cosplay competition is making a comeback, though we're yet to hear a confirmation of that from its organisers.

"IGX will showcase the best that gaming has to offer across PC, console and mobile platforms. this year's event will be bigger and better, with the latest games like Mafia III and WWE 2K17; cutting-edge hardware technologies; tournaments spanning popular competitive games; and the return of India's largest gaming cosplay competition. Entry to IGX will be free for all, and online registrations will kick off in August," a prepared statement from the company reads.

(Also see: IGX Is a Picture Perfect Representation of Gaming in India)

The first year of IGX was an honest representation of the consumer gaming scene in the country, unlike India's many Comic Con events, which have over the years devolved into a crowded bunch of known stores selling merchandise and little else. How it evolves in its second year will be interesting to see.