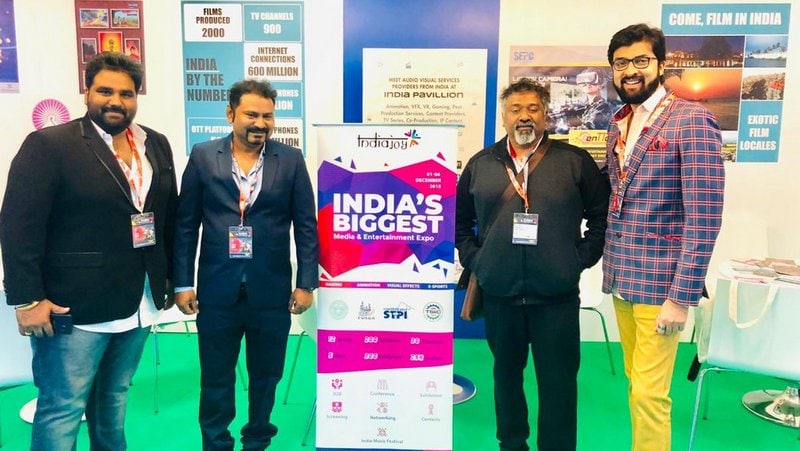 IndiaJoy, billed as Asia's biggest gaming-cum-digital media and entertainment content expo, is set to make its debut in Hyderabad next month.

The five-day event beginning on December 2 is supported by the Government of Telangana and facilitated by Telangana VFX, Animation & Gaming Association (TVAGA). It is divided into B2B area for businesses, and B2C for audiences and gaming, animation and film enthusiasts.

IndiaJoy, planned on the lines of ChinaJoy, will feature over 15 events and attract 25,000 delegates, 300 exhibitors, and 500 speakers from 50 countries.

Sridhar Muppidi, Vice President, TVAGA and CEO, PurpleTalk said that the event will kick off with ASIFA CG Meetup on December 2. This will be followed by a series of daylong events like Google Day, Indie Game Developers Day and Animation Express Investor Connect.

Every day, the evening will culminate with Hyderabad Music Festival.

Jayesh Ranjan, Principal Secretary, Information Technology Electronics & Communications, Government of Telangana in his address to the media on Tuesday said, "IndiaJoy 2018 bring significant value to the industry, largely comprising Animation, Gaming, VFX, AR / VR Content developers and Investors. We commit to support and help to showcase the event on a global scale. Our goal is to make this event as an annual affair and make IndiaJoy as the go-to trade expo for the finest of minds from the global AVGC (Animation, VFX, Gaming and Comic) industry. This event will be a 360-degree Talent-Entertainment-Networking (TEN) experience."